EC Commissioner in Slovakia: We have to prepare for millions of people to come

Commissioner met with politicians, diplomats and NGOs in Slovakia. 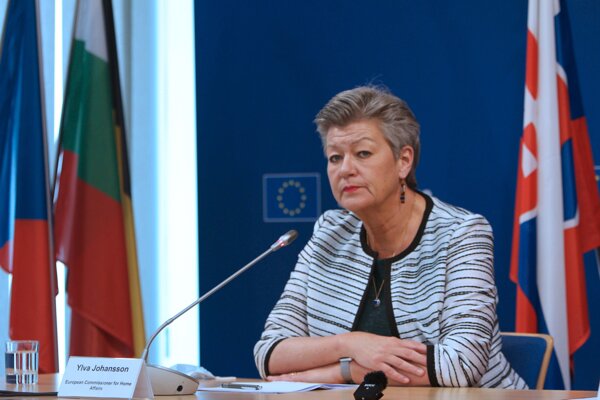 “I'm here in Bratislava to say thank you to the Slovak people, to civil society, to the Slovak authorities, to the government for all the solidarity shown to the Ukrainian people, all the efforts and actions already taken.”

These are the words of Ylva Johansson, EU Commissioner for Home Affairs, who arrived to Slovakia from her visit to Romania. In Slovakia, she met with representatives of the Interior and Foreign Affairs Ministry, the Ukrainian Ambassador in Slovakia and NGOs as well to inform herself about the Ukrainian refugee situation.

“I don’t need to remind you of the dangerous situation, and the aggression, the invasion by Putin, the war which is going on in a sovereign, neighbouring country,” she said.

Johansson said that she arrived to learn how the EC can better support Ukraine, the Ukrainian people and other people fleeing from Ukraine, as well as Slovakia and to discuss needs.

So far, more than 400,000 people have fled from Ukraine to the EU, mainly to Poland, Hungary, Slovakia and Romania. 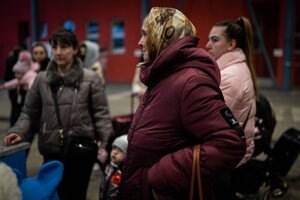 “Unfortunately we have to prepare for millions of people to come,” she said.

She hopes that already on Thursday, the Council will be activating a temporary protection directive that will give protection to people who have fled Ukraine. It will be the first time the EU will activate this directive, according to Johansson.

The EU is also preparing to deploy more people from agencies as Frontex, Europol and also the EU Asylum Agency, along with funding for countries that are most affected, including Ukrainian refugees.

“Even though we are now in extremely dangerous and extremely difficult times and I think I share with all of you the fear of what is going to happen in the coming hours and days, I also feel extremely proud of being European,” Johansson summed up. “European citizens are really showing practical solidarity. In very impressive way, we can see the mobilisation of citizens who would like to open their homes, who would like to provide food, practical help. We see the EU being stronger, more united, quicker, firmer than ever.”