Zelensky to protesting crowds: Don't be silent and support Ukraine as much as you can

People in Bratislava joined other European cities to call for peace in Ukraine. 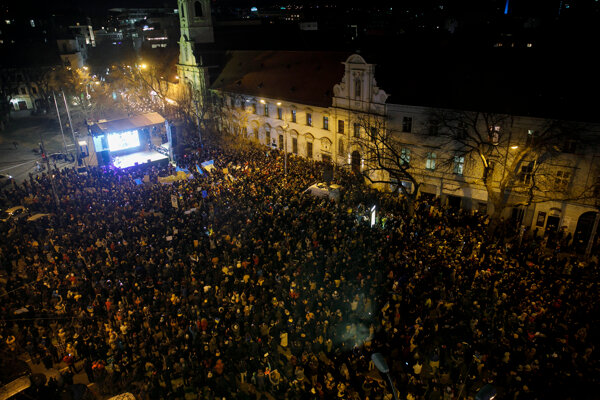 The people of Europe should come to the streets and support Ukraine and its efforts and fights. This is one of the messages of Ukrainian President Volodymyr Zelensky, who addressed people attending the protest gatherings in several European cities, including Bratislava, via a teleconference.

"Please, don't be silent, don't turn a blind eye on us; come out and support Ukraine as much as you can," he said. 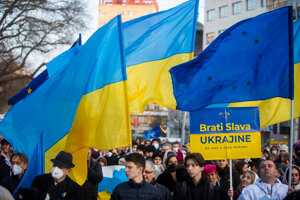 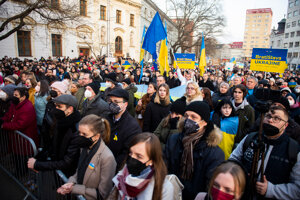 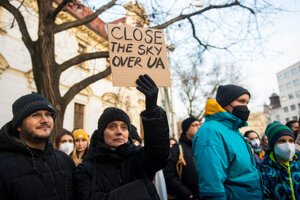 He expressed hope Ukraine will be victorious, saying that it will be "the victory for the whole democratic world." Zelensky thanked Ukrainian soldiers, doctors and others who are fighting in the war and helping the people in Ukraine. He asked the protestors to commemorate the victims of the war.

The protest gathering, titled Peace for Ukraine, took place on SNP Square in Bratislava, as well as in Prague, Frankfurt, Paris, Lyon, Tbilisi and Vilnius.