Bratislava to set up large-capacity aid centre for Ukrainian refugees

There is also an information point at the main train station. 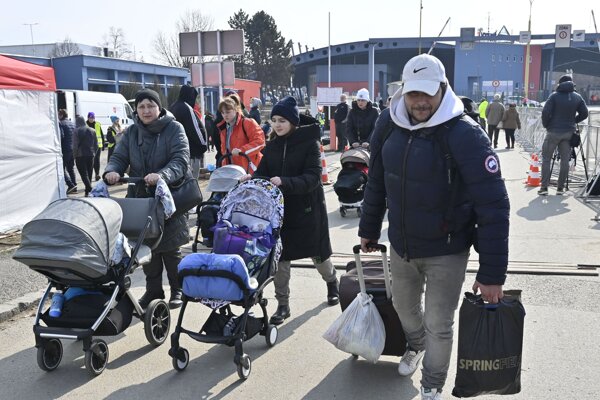 Bratislava is working on a large-capacity aid centre for people fleeing Ukraine. The city is also preparing to accommodate thousands of people should the situation call for it, Bratislava Mayor Matúš Vallo announced.

The large-capacity centre should serve as the first support point for refugees coming to Bratislava.

“In cooperation with the city boroughs and the district authority, we’re also preparing accommodation capacities for thousands of people,” Vallo said, as quoted by the TASR newswire, adding the city will use existing, large-capacity buildings.

While the Slovak capital has addressed the state with requests for furniture, such as beds, it is trying to procure its own as well.

Information point at the train station

Bratislava, meanwhile, has established an information point at the main train station, where a network of volunteers provide information and help translate. There is also a waiting room for people in Ukraine established together with the national railway operator ŽSR.

Dozens of people from Ukraine have arrived in Bratislava by train in the past few days from eastern Slovakia. 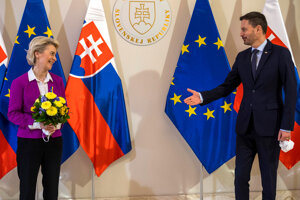 “Most people need basic information, electricity and the internet, and help with purchasing tickets. They then continue to other parts of Europe,” Vallo said, as quoted by TASR.

Only a few of them need to spend a night in Bratislava, he added. For them, the city secures short-term accommodation directly in the facilities managed by the municipality and the city boroughs, as well as free-of-charge accommodation in some privately owned facilities.

Ukrainian citizens coming to Slovakia who want to apply for temporary protection can do so at the Foreigners’ Police on Regrútska Street in Bratislava, which operates 24/7 now. The Slovak Red Cross is providing help and support at this police department as well. 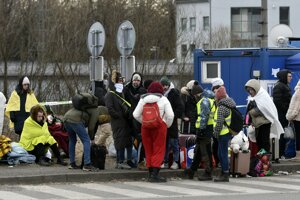 Slovakia provides temporary protection to Ukrainians. What does it mean? Read more

The Bureau of Border and Foreign Police opened two new large-capacity centres in Humenné and Michalovce on March 6, where people can apply for temporary protection. Altogether 25 workplaces are situated in the local sports halls.

Both centres will operate 24/7. From them, transport to other parts of Slovakia will be secured.

Who can ask for temporary protection?