Other criminal complaints were submitted against people circulating Russian propaganda. 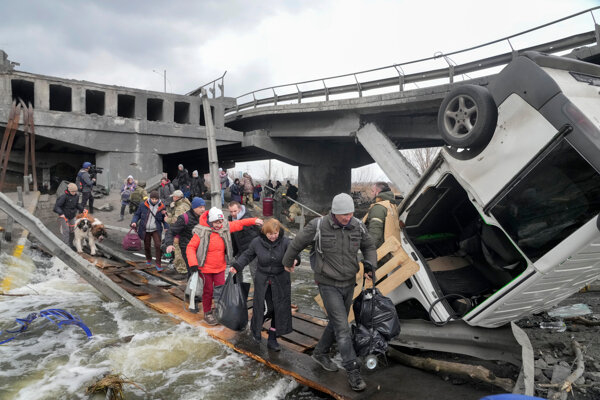 A group of Slovak MPs filed a criminal complaint against Russian officials with President Vladimir Putin at the helm in connection with the invasion of Ukraine on March 4.

The complaint was submitted namely by MPs Ondrej Dostál, Ján Benčík and Radovan Kazda (all members of the SaS caucus), together with chair of the Ukrainian-Slovak Initiative Ľudmila Verbická and lawyer Slávka Henčeková.

Several other MPs, civic activists and the representatives of non-governmental organisations are signed under the criminal complaint, the SITA newswire reported. 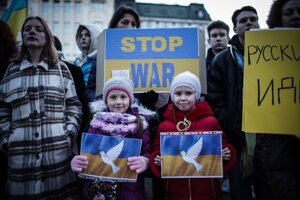 “We have the suspicion that crimes that can also be prosecuted under the Slovak Criminal Code might have been committed,” Dostál said, as quoted by SITA. As he explained, Slovak legislation allows the prosecution of some crimes committed by foreigners abroad and not aimed against Slovak citizens, such as genocide, inhumanity, a terrorist attack or the use of unlawful weapons and illicit warfare.

The prosecutor’s offices in several countries launched the criminal prosecution of possible crimes that Russia may have committed in Ukraine, Dostál added.

“Unfortunately, in Slovakia, we do not have a general prosecutor from whom we can expect to initiate such a prosecution him/herself,” he said, as quoted by SITA. 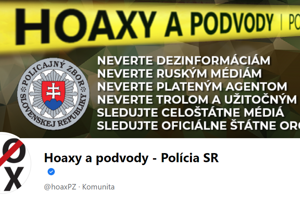 As they explained, these statements violated the law.

“It’s obvious that there’s a group of people in our country that has been spreading Russian propaganda for a long time, and during a war is defending the decisions of Vladimir Putin,” Čekovský said, as quoted by SITA. “Slovak bodies need to realise that circulating propaganda helps the aggressor continue with war along with the murder of innocent people.”

The MPs cited several of Blaha's Facebook posts, in which he defended the Russian aggression in Ukraine, calls President Zuzana Čaputová a person who spreads hatred against the Russian nation, and accuses the government of trying to involve Slovakia in war. He is also scaring Slovak citizens with the idea of nuclear war. 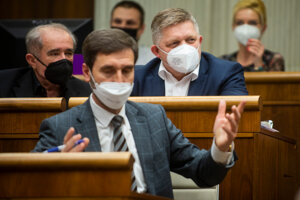 Slovak politicians denounce the war in Ukraine, but some blame the US Read more

“He might have committed the crime of treason, sabotage or false messages,” OĽaNO wrote in a press release.

In addition, Harabin and Jakubec (known mostly as a singer, but also politician) approved of the war conflict in Ukraine, supported the hatred between the Russian and Ukrainian nations, and incited hatred and discrimination.

Stančík addressed Žilinka as well, calling on him to take action against these people spreading disinformation.