The real work of “denazification” lies ahead

The world’s largest country is in the grip of a cult. 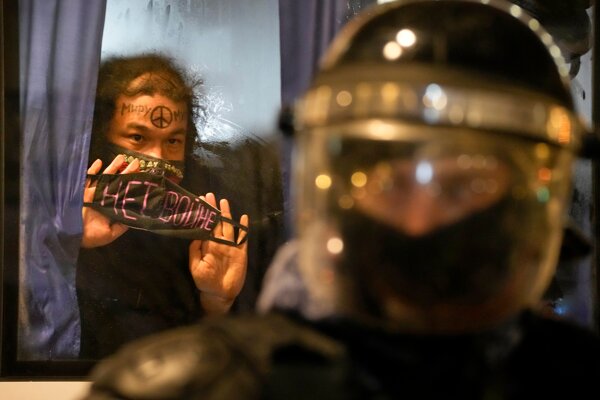 A detained demonstrator shows a sign 'No War!' from a police bus in St. Petersburg on February 24, 2022. (Source: AP/TASR)
Font size:A-|A+  Comments disabled

It is ironic that Russia launched its war against Ukraine on the premise of “denazification”.

Before the invasion, comparing Putin to Hitler could be dismissed as hysteria. Now it seems barely sufficient. In the Financial Times he is described, without a hint of hyperbole, as “maybe the most dangerous man who has ever lived.”

It is not just the war crimes that we have already seen perpetrated by Russian forces in their indiscriminate attacks on residential districts of Ukrainian cities like Kharkiv, Mariupol and Irpin.

It is the deliberate stoking of hatred towards outsiders – whether in Putin’s own dismissal of Ukraine’s (and, by extension, Ukrainians’) very right to exist, or in his supporters’ wilful evocation of fascist iconography.