In Stará Ľubovňa, a refurnished forester's lodge from 1890 takes visitors back in time . 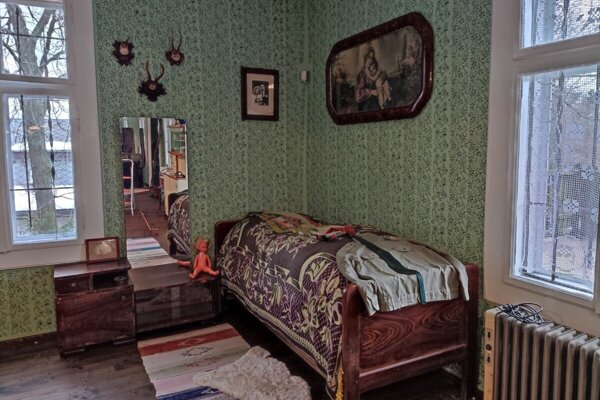 The Ľubovňa Museum in Stará Ľubovňa, eastern Slovakia, has opened a new display in a forester’s lodge. The house once stood in the border Ruthenian town of Malý Lipník.

“Baron Gejza Salamon Alapi had the lodge built in 1890. He hired a forester to manage forests, logging and game hunting,” ethnographer Katarína Babčáková said, as quoted by the TASR newswire.

The house was moved to the open-air museum as part of the Ľubovňa Museum, housed in the castle, in the early eighties.

The forester’s lodge used to stand in the centre of the town, in the vicinity of which vast coniferous forests have always grown. Several foresters took care of the woods between WWI and 1980, including the disabled veteran Gábor, imprisoned for alleged smuggling.

“The last forester who lived in the lodge was Ján Vojtech Klikáč from Obyce [in the Nitra Region],” Babčáková said.

In 1980, the Lesný Závod forestry company in Podolínec, near Stará Ľubovňa, donated the lodge to the open-air museum.

The house made of wood originally had a multi-room floor plan. Slits were filled with moss. There was no running water. Foresters used a tiled stove to heat up their home.

After moving the lodge to the museum area, its log walls and its ceiling were plastered with mortar. A basement with a vaulted ceiling was built. Initially, the Ľubovňa Museum wanted to use the lodge as a local observatory but it has served as an exhibition space from the beginning. 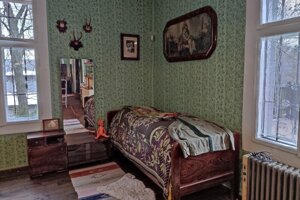 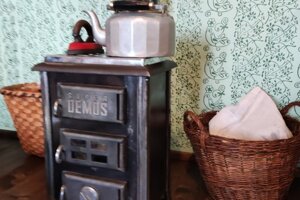 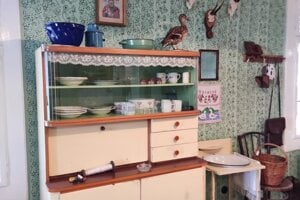 “We wanted to give it the identity and spirit that it originally had. Therefore, we present the housing and office of a forester with his family from the middle to the second third of the 20th century in the lodge,” Babčáková explained. Part of it serves as a multifunctional space, she added.

The ethnographer and her colleagues managed to furnish the lodge with original items such as ceramic electric lamps, textile home accessories, duvets, boiler, and stove, as well as hunting accessories. 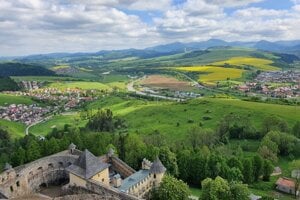 “Books on forestry, a heritage from my forester uncles, also found their home here,” concluded Babčáková.