He met with the General Prosecutor of Ukraine in Uzhhorod. 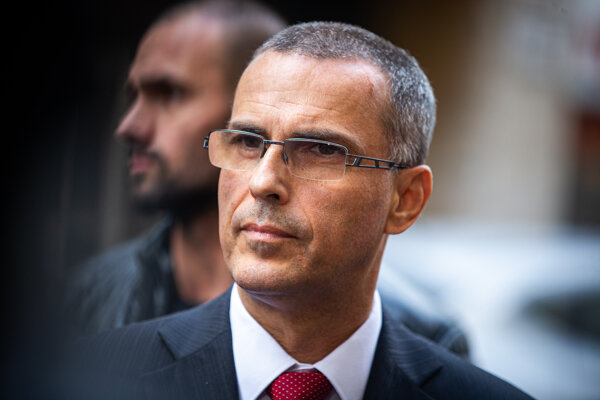 The General Prosecutor’s Offices of Slovakia and Ukraine will cooperate in proceedings related to crimes against humanity and war crimes to be committed in connection with the military attack on Ukraine.

Chiefs of both offices, Maroš Žilinka for Slovakia and Iryna Venediktova for Ukraine, signed the memorandum of cooperation.

Cooperation with Ukraine comes only two months after Žilinka went on trip to Moscow to sign a cooperation deal with the Russian General Prosecutor's Office, whose chair is on the sanction list.

After Russia started the war in Ukraine, Žilinka changed his mind.

“At a meeting held in Uzhhorod, Ukraine, we exchanged information on the criminal proceedings that the two General Prosecutor's Offices are conducting in this regard,” Žilinka wrote on Facebook.

According to Žilinka, the framework of cooperation agreed in the memorandum concerns "ensuring effective cooperation and the maximum possible assistance in criminal proceedings related to the international armed conflict in Ukraine, gathering and recording evidence of war crimes and violations of international humanitarian law necessary for legal proceedings, information exchange and mutual legal assistance; including the handing over the criminal proceedings and extradition of people.”

Žilinka added that one of the topic of the talks was also an offer to provide accommodation capacities of the Slovak Prosecutor's Office for colleagues from the Ukrainian Prosecutor's Office and their relatives within the framework of humanitarian aid.

The GP's prosecutor launched a prosecution of war crimes on Tuesday in connection with the military aggression of the armed forces of the Russian Federation in Ukraine.

The purpose of criminal proceedings is to document evidence of war crimes, especially from refugees who may have been direct witnesses and victims.

The GP disclosed they they worked in close cooperation with the Prosecutor General's Office of Ukraine and Eurojust (EU Agency for Judicial Cooperation in Criminal Matters).

After Lithuania, Poland, Estonia and Germany, Slovakia has become another EU country to prosecute crimes against humanity and war crimes to be committed in connection with the military aggression of the Russian Federation's armed forces in Ukraine.