Society is losing the art of listening 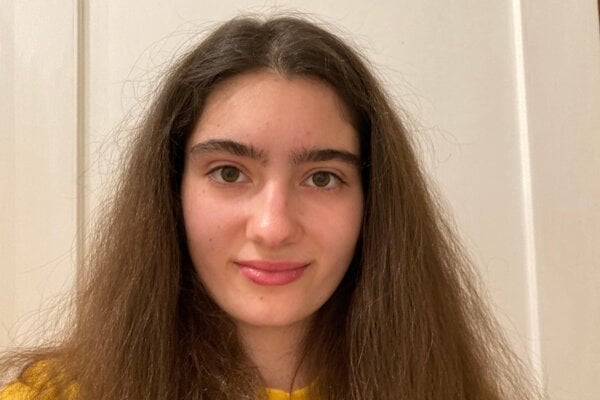 “What will it take for you to listen to us?” The president of the Maldives, Ibrahim Mohamed Solih, raised this question at the recent COP26 conference in Glasgow, as a warning about the rising sea levels. Many powerful leaders met at the conference. They all talked. I wonder how many of them listened to one another and furthermore, did the general population listen to their advice?

A student from 1. súkromné gymnázium Bajkalská 20 in Bratislava, Karolína Pavlíková chose the topic "Are we losing the art of listening?". In her essay, she explored how in recent years there has been a decrease in communication between people and how that caused more arguments and misunderstandings. The Leaf Academy loves the quote she used: "We were given two ears and one mouth for a reason, to listen twice as much."

The more I observe the world, the more I feel like humanity is in a constant state of fight and defence. Sometimes it is just banalities, but other times I feel like we ignore that on the other side of the argument are also humans, with strengths, weaknesses and feelings.

From an early age, children are told to listen to their parents and teachers. At school, we are seated at a desk on average for 6 hours, 5 days a week, learning to read and write, but are we ever effectively taught to listen? Certainly not from my experience, nor my peers. After 11 years of going to school and being forced to listen to teachers, I feel as though I have had enough. I keep finding myself zoning out in class, nodding my head, being unaware of what the teacher is saying. Afterwards, I feel confused about the task and too embarrassed to raise my hand, which would show, that I’d not been listening. And it’s not only me. Regularly, I catch my parents seemingly agreeing to what I am saying, but actually thinking about something else. “Mom, are you listening to me?” and seeing her apologetic smile, I realise that society is losing the art of listening. Is this due to the faster pace of life?

Not listening can slowly become a habit. While developing our convictions, we often become more closed off from the world. We are not as willing to listen to somebody who does not share our belief. We usually avoid such people, however when we do meet them, instead of calm discussion, we go into a heated argument. Each side is determined to protect their beliefs, which unfortunately can sometimes escalate to scenes of violence. When did we swap words with aggression? When did the human connection break?

As life speeds up, we have less and less time to listen, only making the time to read the punchy headlines, run to meetings or rush to class. After such a long day, I come home, jump onto the sofa, plug my earphones in and get swallowed up by social media. There is no time for my parents to ask: “How was school?“ and start a conversation. After a hard day, I just want to relax, rather than listen to my parents’ stories from the office. My mum always makes fun of my ‘selective hearing’ - I only hear what I want to hear. The worst part is, she is right. Although, I am happy when logging into the virtual world, I feel as it makes me lonelier. A study from 2019 shows that the loneliness epidemic is on a rise. 61% of Americans felt lonely in 2019, even when people were around, which is an increase from previous years. These numbers further increased during the pandemic, when large numbers of the workforce were forced to spend the majority of their time on computers. The study indicated that interacting with friends and colleagues is one of the factors that makes people feel less lonely. Just talking and listening could improve their mental health. So where is the problem then? The rise in technology is one of the factors. Sitting at the dining table with your family used to be about talking to each other, but now, when the phones are buzzing next to us, it is hard to resist checking. “Phones are a great tool to keep in contact with people when you are away from them, but when you’re in their company and their presence, it degrades the relationship, it degrades your ability to connect, it degrades your ability to listen and it makes people feel horribly lonely,“ says Kate Murphy, the author of a book, You’re Not Listening: What You’re Missing and Why It Matters. It is not easy to listen to others talking about their problems, so we have taught ourselves to ignore. We would rather talk about what bothers us than listen to what bothers others and it makes sense. Complaining about the weather, school or homework feels great and keeps the conversation going, but listening to somebody complaining can just make some of us switch off.

Yet, the importance of listening has not been lost. Listening not only makes us understand each other but it also helps us nourish our empathy. Is the lack of listening not the primary cause of falling out? We feel like our friends, parents and partners do not want to listen to us anymore and that they do not care. In order for any relationship to work, both sides need to feel listened to, whilst trust is being slowly built. There are already a lot of prejudices in our society, but is not the root of prejudice the lack of understanding, which eventually evolves into hatred? We were given two ears and one mouth for a reason, to listen twice as much.

The solution to the art of listening is simple – we need to put our technology down and raise our heads to listen to our family, friends and coworkers. We ought to slow down and take time to fully listen. Listen to every individual. Listen to your community. Listen to the people around the world, for it brings us closer and can make us work together.