Our rarities make us stand out, but they also make us vulnerable 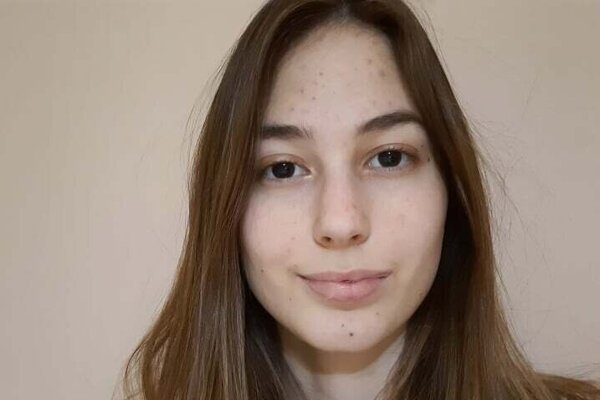 A student from Gymnázium Park mládeže 5 in Košice, Veronika Dlugošová chose the topic "Do movements like Black Lives Matter and #MeToo promote inclusiveness and awareness or division and inequality?". In her essay, Veronika intended to explain the problems suppressed groups face and why it is crucial to challenge the way they are treated systematically and individually, so as to "put our best efforts to eradicate discrimination and injustice in the world".

How important is it for us to retain our originality in the crushing tide of societal pressures to act, speak and behave in a certain way? Our rarities make us stand out, but they also make us vulnerable. In the world, there are many groups and communities that struggle to preserve their culture, while fighting against personal as well as systematic discrimination. Movements such as Black Lives Matter (BLM), #MeToo, LGBTQIA+ and many more were created to tackle and challenge the marginalization of minorities, however, as a reaction, these groups are facing the backlash of so called “counter-movements”. Thus, the parties’ activities, instead of being able to focus on maltreatment, have now in many ways become a justification of their existence as they are ironically being labeled as “inherently racist” (BLM), with “deterrent effect” (#MeToo),“worse than communism” (LGBTQIA+) and so on.

Historically, different groups have been treated unequally in comparison. It has been an ever-present societal trend and unfortunately, we can see many instances of xenophobic and elitist behavior even nowadays. For example, according to the May 29-30 YouGov survey and Pew Research Center Survey of U.S. adults conducted April 20-26, 2020 respectively, in USA many people of color feel less safe when in presence of a police officer and have negative views about the police’s ethics; by contrast, in both surveys the Caucasian citizens showed much more positive results . There have also been many blatant, and too often, physical acts of racism, where no sufficient reaction nor effort has been undertaken to deal with the issues at hand from the side of the “bystanding” majority. What’s more, this is only one particular case of discrimination –all over the world people face oppression due to various reasons (sexuality, gender, race, nationality, expression, disabilities, caste, financial situation…). Hence, it is very predictable that those whose life is dictated by these disadvantages would want to start initiatives to improve their situation.

On the other hand, there are people opposing these campaigns, arguing that they are hypocritical to their message. They say that if we really wanted to stop such division, we would essentially have to become “blind” towards our differences and not give any group the chance to a favored position over others, including those who are disadvantaged at the moment (e.g., “colorblindness” as a reaction to BLM). This, however, leads to a number of systematic flaws and discrepancies. It completely erases the fact that as of now the conditions of the marginalized differ from the ones of the majority, already giving one side (the presently better positioned one) an apparent and severe head start. Moreover, sociologist Bonilla-Silva states in his interview with Oprah Daily (2020) that Americans tend to ascribe the obviously different patterns of success between different groups to an individual failure rather than to systematical problems5 . These two matters combined would create a vicious circle of injustice, from which it would be extremely difficult to escape.

By closing our eyes, the problem does not disappear. In an ideal situation, where there were not extreme biases, history of organized and newer ongoing oppression, we might have been able to become “blind”, but this is absolutely impossible in the reality we live in. It seems that we need to be reminded everyday of prejudice and the violation of rights they cause, to make a change towards better future. That is the sad truth and up until the point when all people realize that black, queer, women’s, disabled etc. rights are universal rights and that they reflect the level of our society as a whole, it would be dangerous for various parties to drop the organized efforts to challenge the systemic wrongdoings.

So, in conclusion, movements that point out unfair treatment are essential for the progress of our society. A chain is as strong as its weakest link and we should all aspire to make this world a better and more inclusive place for everyone. By listening and reacting to these campaigns and actual stories experienced in real life, we can help humanity flourish. The fate of this world is in our hands and once we lose grip on the injustice, it could devour many more lives than we would expect.