Despite studying more than ever, young people find it harder to navigate themselves in life

Barbora Gbúrová was awarded 3rd place in Category B of the Leaf Academy’s English Essay Competition. 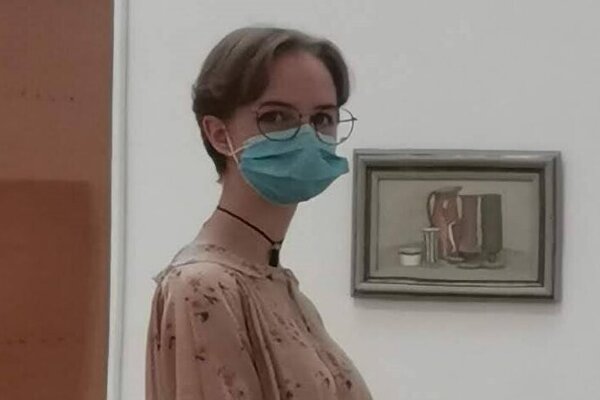 A student from Gymnázium Park mládeže 5 in Košice, Barbora Gbúrová chose the topic "Do our schools today adequately prepare students for the real world?". Other readers may relate to Barbora when she asks herself "Why do I study harder than ever before, yet I feel so lost and insufficient? What's the meaning of all this?". She adds, "hopefully, together we will soon bring some light into this situation".

It has been more than three hundred years since Maria Theresa established a compulsory education system. Throughout the centuries it has undergone a lot of reforms, whether it was due to change of political system and ideology, wars, or new technical inventions, always adapting to the current situation. Nonetheless, before every reform there is a period of time when the current education system is not sufficient. That brings us to why recently a lot of questions have resurfaced concerning how well our schools actually prepare their students for everyday adult life. As I see it, a strange, charmed circle has been created, where, despite studying more than ever, young people find it harder and harder to navigate themselves in life. To put it in words of a related article: “Children are educated in a system that was designed for a world that no longer exists.” Consequently, our schools can prepare their students for university (or any next stage of education); however, do not prepare them for life outside of the school.

Firstly, I would like to point out that our marking system does not accurately reflect the student’s knowledge and understanding of an assignment, but rather how well were they able to memorize the notes given to them. The tests are usually constructed to examine how much they study, not how much they know, which changes their priority from learning to studying. In addition, schools expect students to study all subjects equally, while focusing only on subjects relevant to their future career would probably be more suited.

Being forced to memorize such an amount of data also forbids them from developing critical thinking. Critical thinking could be described as appropriately used reflective scepticism and it is important in developing one’s own opinions and ability to logically deduce. Such abilities are very useful in everyday life as it can help us to tell apart truthful information from hoax, to recognize frauds, or to understand the natures of different situations. Students, however, are usually directly given facts and information to learn, rather than being asked questions about the subject first, which does not give them any opportunity to think critically.

Considering the aforementioned, we can see that students are spending most of their free time studying definitions they will not use later in life (and forget minutes after the exam, if I may say so), instead of developing basic social skills and practical abilities for life such as learning how to take care of their finances, how to act in a relationship, getting a driver's license or even developing their artistic or athletic skills. They are under great pressure and can do only a few of these, while sacrificing the others for their “education”. One could argue that this teaches them how to perform well under pressure and personalize their work to the requirements of the employer, the same way they personalize their studying to the requirements of the teacher. Even though this argument might be true, I think that it is more important to let them have some space to stop and think about what they want to achieve in their life and let them make their own decisions, rather than just producing passionless workers to be swallowed by companies.

I think that it is safe to conclude that schools are succeeding more at putting meaningless pressure on their students than at preparing them for life; which is, although more of a fault of the education system, not the schools themselves. Thankfully, there already are some pioneers of modern education, whether it is some special private school, an initiative educator or a voluntary programme, and I hope that the whole system will follow soon, so that our future children can get education that will adequately prepare them for life.