There are only two questions that the Ukrainians keep asking today, says Viktoriia Mamoilyk, a student who fled the war. 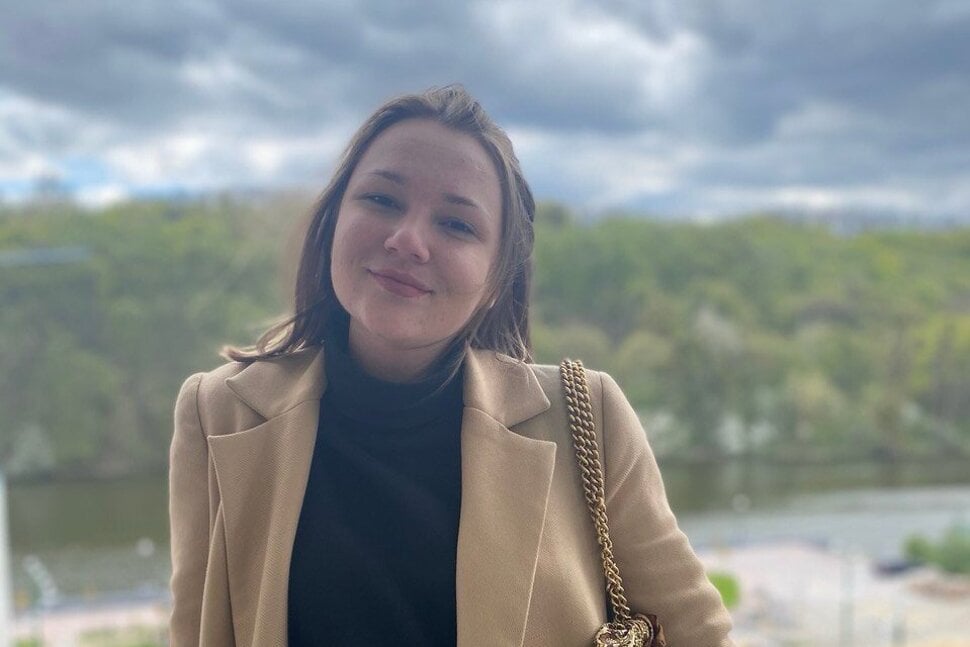 Viktoriia Mamoilyk, a 20-year-old student from Kyiv, was enjoying an evening out with her friend Anastasiia at Café Idealist in the heart of the Ukrainian capital, chatting about life over a drink, when she idly piped up, “A war may start someday.”

It was another routine, peaceful Wednesday that was soon to be over.

The people of Ukraine hoped that the next day, February 24, would be the same, despite hundreds of thousands of Russian troops still being deployed to the Ukrainian borders.

Russia annexed Crimea, a Ukrainian peninsula in the Black Sea, in 2014. An armed conflict in eastern Ukraine’s region of Donbas broke out eight years ago. It has continued ever since.

We are an independent country. We are not Russia. We will never be a part of Russia.

“We [the Ukrainians] want to believe in a better world,” Mamoilyk says, sitting in a chair at The Slovak Spectator office in Bratislava. She wears a beige, long-sleeved T-shirt that says, “keep life simple”.

But her life, and the lives of millions of other Ukrainians, instead turned into a nightmare on that Thursday. Russia marched into Ukraine. It was still a cold, dark and early morning.

The moment Mamoilyk woke up, she immediately heard noises that sounded like air bombs or planes. “I was just lying in my bed, listening to the sounds coming from outside. I didn’t at first understand what was happening,” the student recalls. It was only after her parents turned on the TV and she checked social media that they realised what Russia had done.

They lived in a high-rise building outside the city centre, on the left bank of the Dnieper River, which divides Kyiv. To save their lives, they quickly grabbed their documents and several pieces of clothing and headed to the village of Trebukhiv outside the capital, where Mamoilyk’s grandmother, Nadiya, which means hope in Slavic languages, lives. 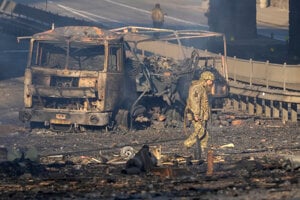 Read also: Those who have accepted the possibility that they might die no longer go to shelters Read more

“That morning, it was a very difficult time,” the young Ukrainian sighs.

In just a few hours, her graceful and vibrant hometown of Kyiv became a place that they no longer deemed safe.

One week in a bunker