The system will be temporarily placed at the military base Sliač. 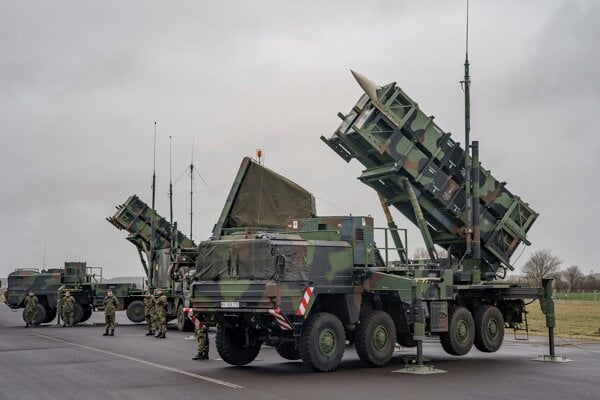 NATO troops tasked with setting up the anti-missile defence system Patriot have started arriving in Slovakia. More are expected to come in the following days. The system will be temporarily placed at the military base Sliač.

Defence Minister Jaroslav Naď (OĽaNO) confirmed the news. He noted that Patriot is not a replacement for the old Russian system S-300, but another feature for the protection of Slovakia’s airspace.

Last week, CNN reported that Slovakia preliminary agreed to give the S-300 system to Ukraine but only after finding a proper replacement. The minister has now clarified that the Patriot systems are in Slovakia on a temporary basis.

“Other areas of deployment are currently consulting with experts on the capabilities of the Patriot system so that the protective umbrella covers the largest possible territory of Slovakia, including the priority goals set by us for the protection,” he wrote on Facebook. Naď also thanked Germany and the Netherlands for offering the system.

Naď added that Slovakia will try to replace the S-300 system with another system that would be fully compatible with Slovakia’s allies and provide Slovakia with high defensive capabilities.

He noted that the S-300 systems are unacceptable for any defence cooperation due to their age, technical condition and insufficient capacities. The use of these systems also makes Slovakia dependent on the Russian Federation.

Germany and the Netherlands have offered Slovakia a Patriot system within NATO’s effort to strengthen the eastern flank of the alliance, which Slovakia is a part of. Within an enhanced forward presence, some 2,100 NATO troops should arrive in Slovakia following parliament's approval last week.