A bike service stand, the first of its kind, installed in Petržalka

Bike repairs should be no problem thanks to basic tools. 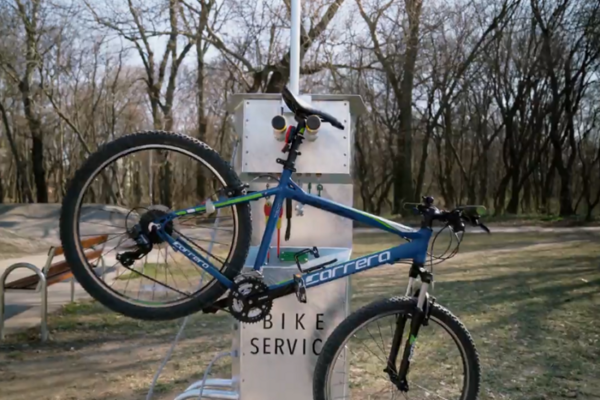 Cyclists passing by a pump track in the Bratislava borough of Petržalka will no longer have to abandon their riding plans if their bike breaks down.

A bike repair stand has been installed in the pump track area on Haanova Street, at cyclists’ disposal free of charge.

“People can fix flat tires, repair a puncture or handle other problems, such as a loose pedal or child's seat,” said the Petržalka mayor Ján Hrčka. The stand was made by the borough’s maintenance people, he added.

In addition, the bike stand made of galvanized steel is eco-friendly. Its compressor, charger and flashlight are powered by a solar panel.

Petržalka is prepared to install more bike stands of this type in the future, provided people find the prototype useful.