Heger advocates for a recovery plan for Ukraine during EU summit. 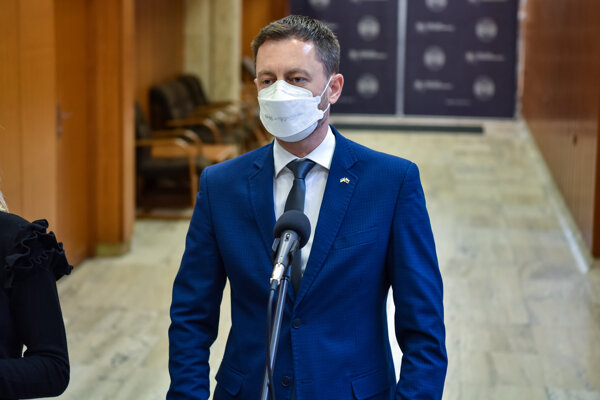 Slovakia supports joint gas purchases at the European level, Prime Minister Eduard Heger (OĽaNO) said ahead of the second day of a European Union (EU) Summit in Brussels on March 25.

He also said that Slovakia is ready to help Ukraine with the reforms required to secure its accession to the EU.

"Our proposal, that help for Ukraine should be not only financial, but should also comprise help with reforms, has made it into the conclusions [of the summit]," Heger said, as quoted by the SITA newswire. "We know very well that reforms are key for a country to fulfil all the criteria to become an EU member."

EU leaders met in Brussels on March 24 and 25, with US President Joe Biden also in attendance. Ukrainian President Volodymyr Zelensky addressed the summit through a video call. The leaders met to discuss another package of sanctions against Russia and Belarus, and the steps that EU member states should take in order to halt imports of Russian gas and oil, as well as to mitigate the consequences of rising energy costs.

Heger said ahead of the summit that the EU might be able to stop Russian energy imports by the end of 2026. "If we try hard and invest in infrastructure, it may be even earlier," Heger said, as quoted by Euractiv.sk.

He also reiterated that Slovakia will support a proposal for joint European purchases of gas and other energy sources.

In light of Russia's invasion of Ukraine, the European Commission has proposed a plan – dubbed REPowerEU – to make Europe independent of Russian fossil fuel imports well before 2030, starting with gas. The plan outlines a series of measures to respond to rising energy prices in Europe and to replenish gas stocks for next winter.

Heger did not give details about the alternatives to Russian oil and gas for Slovakia. He said his government is working on an analysis and subsequent plan. He mentioned supply of liquified natural gas (LNG) from European terminals as a potential replacement, Euractiv.sk reported.