Study proposes measures to better protect the river, and to make it more accessible. 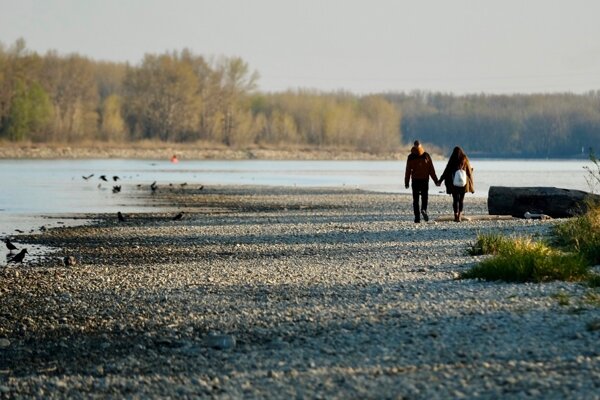 Even though Bratislava was once known as the Beauty on the Danube, the river has never been an integral part of the city that can be enjoyed by its citizens. The original reason was that the river was subject to occasional, destructive floods that severely damaged the city numerous times. Only after Italian engineer Enea Grazioso Lanfranconi redesigned the Danube’s riverbed, in the late nineteenth century, and the Gabčíkovo hydropower plant was built, in the late twentieth century, was this threat significantly reduced.

​But while the green belt forming the river’s inundation area, comprising riparian forests and meadows that flank both banks, is a popular destination for Bratislava residents and visitors looking for nature and recreation, its potential for sustainable tourism has yet to be fully tapped. The project Bratislava Danube Park (BDP) should change this. The idea of its initiators is to unite the natural areas on the left and right banks of the Danube in Bratislava into one nature park with a single administration, and to utilise the potential of the river for sports and recreation.

“The second longest river in Europe flows through Bratislava and its added value is not used by the capital to the same extent as in neighbouring Vienna,” said Dana Hudcová, deputy director of the Bratislava Metropolitan Institute (MIB), at the launch of a study introducing Bratislava Danube Park in late March. 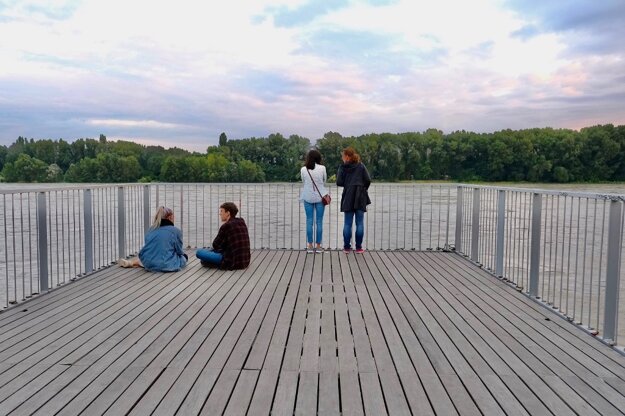 One of rare places in Bratislava, Eurovea, from where it is possible to enjoy the Danube. (Source: Marek Velček)

Experts from the BDP initiative joined forces with the MIB to elaborate the paper, the first comprehensive urban-landscape study of the future park. Its area would exceed 4,130 hectares, and spread from Devín to Čunovo, both boroughs of Bratislava, along the right and left banks of the Danube for about 28 kilometres, excluding just the built-up areas of the city. It features floodplain forests and inundation areas, rare remnants of the Danube’s inland delta, nature reserves at Starý Háj, Dunajské Ostrovy and Ostrovné Lúčky, as well as the Pečniansky Les, Soví Les, Chorvatské Rameno and Hrabiny protected areas.

The study contains key data as well as suggestions on how to connect this vast area of ​​Danube nature into a single unit and create suitable sites that people could use for relaxation and sports.

“The rapid development of the city must be balanced,” said Hudcová. “The ideal counterweight to intensive urbanisation is natural areas that will allow Bratislavans to slow down.”