A fall in the number of people fleeing Ukraine has prompted the change. 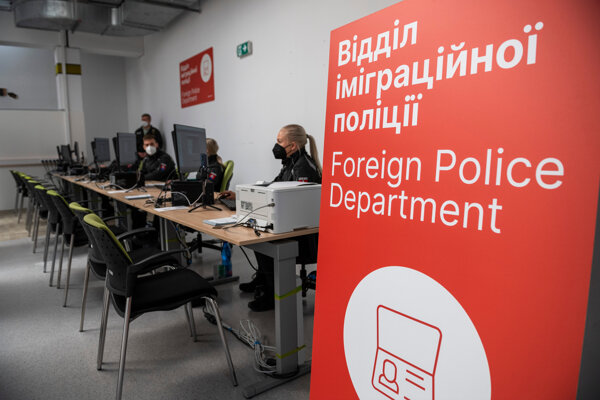 The opening hours of Foreigners’ Police offices are changing following a decline in the inflow of refugees crossing the Slovak-Ukrainian border. Large-capacity centres will remain in operation round-the-clock, the police announced via social networks on Friday, April 1.

On Tuesdays and Thursdays between 7:30 and 15:30 the Foreigners’ Police will process applications for residence permits by drivers of international truck or bus transport whose stay has been/is extended due to the crisis situation caused by the spread of Covid-19 and the state of war in Ukraine. They will also process applications for national visas for bus drivers, international and domestic transport drivers, highly qualified third-country nationals, and those covered by Government Regulation No. 731/2021.

The large-capacity registration centres in Michalovce, Humenné, Nitra and Bratislava will continue to operate non-stop (24/7) for applicants seeking temporary refuge.