Ombudswoman’s term ends. Who will defend the vulnerable now?

Mária Patakyová was the right woman for the job. The government has neglected to fill her position. 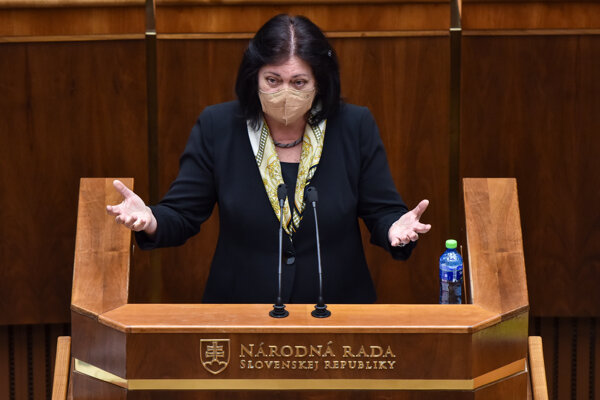 Welcome to your weekly commentary and overview of news from Slovakia. Ombudswoman Mária Patakyová wraps up her term, but with no replacement in sight. Slovakia downscales Russia’s “diplomatic” presence. A vote on the court map is postponed, but the Recovery Plan still has a chance. Schools are only starting to figure out how to accommodate kids from Ukraine.

The Slovak Spectator now also brings news in Ukrainian. If you know people who could be interested in it, share this link with them.

Ombudswoman wraps up her term without a replacement

Last Monday was Mária Patakyová’s last day in office as Slovakia’s public defender of rights. Her final report to parliament failed to spark interest among many MPs. The public was presented with the familiar but shameful spectacle of just a few MPs scattered around the chamber to hear Patakyová deliver her report, as was the case for her and her predecessor’s previous annual reports.

“In the conditions of our political culture, criticism is perceived on the personal level rather than as a reflection of the facts. That is why it is unpleasant because it is perceived as though you are criticising someone in particular,” Patakyová, who is returning to her career in academia following her five years as ombudswoman, said in an interview with the Sme daily after wrapping up her term. She admitted she had needed to come up with strategies in order not to succumb to the frustration that negative reactions would inevitably cause, but, with her typical cautious optimism, said that this was a matter of democracy maturing.