Canoeing the Latorica is like being in a rainforest

Canoeists can also learn more about wine-making traditions during their adventure. 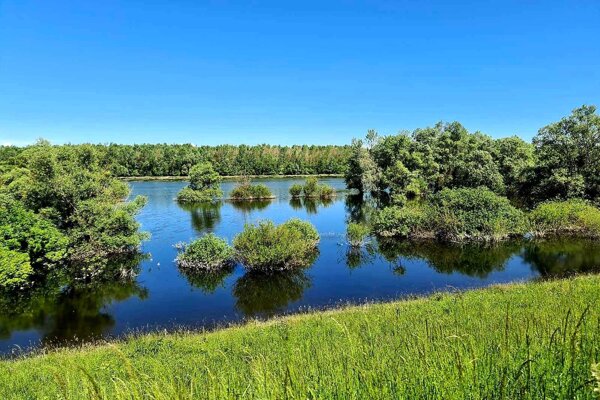 From Veľké Kapušany, adventure seekers can set out on a trip down a river, observe birds, taste wine and cycle back to this Slovak town, set in a beautiful landscape.

The municipality lies a stone’s throw away from the protected landscape area Latorica, named after the river. In addition, it is located a few kilometres away from the border with Ukraine and just over 20 km from the Slovak-Hungarian border.

“Canoeing on the river is undemanding with slight bends,” said Veľké Kapušany Mayor Peter Petrikán. He himself has tried out the new regional tourism opportunity and considers it a great weekend venture.

The town has recently bought canoes and bicycles for tourists ahead of the oncoming season.

Down the river to Hungary

The whole canoeing adventure of 35 km ends in the village of Viničky, near the border with Hungary. The final point is the Streda nad Bodrogom Port in the village.

“More experienced canoists can head down to the Hungarian town of Tokaj,” Petrikán said. The Tokaj area, spreading around the Slovak-Hungarian border, is well known for its wine.

Although the canoeing adventure starts on Latorica River, the waterway flows into Bodrog River as canoists continue to reach their final destination. The Bodrog runs beyond the border, to Tokaj. The town is easily accessible even to those who do not feel experienced enough to canoe to Hungary. 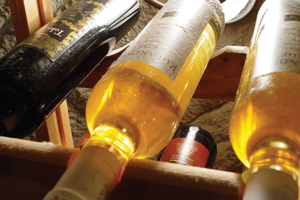 Read also: How Tokaj is made in Slovakia Read more

“In Viničky, tourists can buy a boat ticket and set off to the towns of Tokaj or Sárospatak for the whole day,” the mayor said.

Tourists can also stay overnight in the village, where they can taste local wine, and return to Veľké Kapušany by bike the next day.

“They make people feel like they are in a rainforest,” he said. 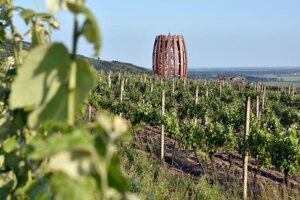 Latorica, a protected landscape area with rich fauna and flora, is the second largest protected area of a lowland type in Slovakia. The river of the same name with plenty of canals runs across it. Swamps and wetlands can also be seen there.