Winning design for Tomb of the Unknown Soldier memorial revealed 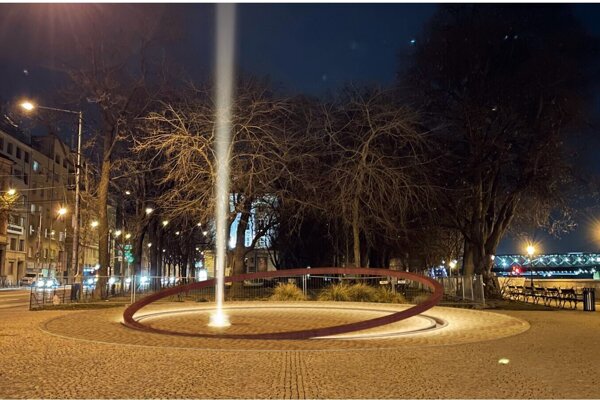 Bratislava’s Old Town borough has published the winning design for the proposed Tomb of the Unknown Soldier memorial to be built on Rázusovo Embankment. The memorial will have the shape of a levitating circle, symbolising a shield falling or leaning on the ground, complemented by the motif of eternal fire, a ray of light at night. The author of the winning design is sculptor Marek Kvetán. The venue, which will serve as a place of homage to war victims, should be completed by September.

“The circle is a reference to the grave, to the end of life,” said Kvetán as quoted by the TASR newswire. “It also bears military symbolism, as the circle is like a shield and the effect of the beam, or flame, is like a sword.” 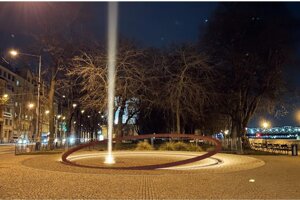 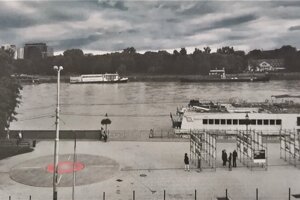 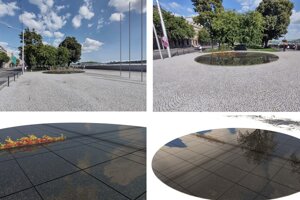 The Tomb of the Unknown Soldier memorial (8 photos)

The whole idea is based on a simple geometric shape, a ring that seems to levitate, or looks like it is moving. This should also be achieved by backlighting the object. On the outer side of the ring there should be a poem, unspecified so far, which should be linked to the reverential message of the monument. The shape of the circle should also represent a symbol of time and eternity. The work is simultaneously designed in two modes – for day and night. The specific details of the work will be further refined during forthcoming discussions.

In total, 24 proposals from Slovakia and the Czech Republic were accepted for the competition. They were evaluated by an expert jury led by art theorist Ľuba Belohradská. She noted that the winning design most fitted into the area and its existing works of art, including a sculpture of Bulgarian partisans and a separate sculpture group of Ľudovít Štúr and his companions.

“The work should not be so expansive that it disturbs the other surrounding works,” said Belohradská. “Despite the fact that the winning work is minimalist, it is very emotional.”

The Tomb of the Unknown Soldier memorial was originally supposed to be located next to the building of the Government Office, in the place where a statue of Marek Čulen stands. After criticism from the Old Town, which described the location next to a statue of the founder of the Communist Party as unworthy and unrepresentative, another position was sought. The location on Rázusovo Embankment was approved by the council of the Old Town and the city council; the government also approved the proposal in October 2021.