I've seen the biggest terrors of war, Heger about his visit to Bucha

Slovakia's security isn't compromised after it donated S-300 to Ukraine, Heger declared upon his return from Ukraine. 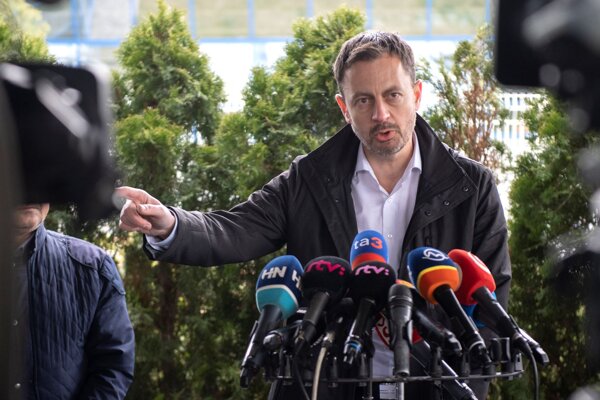 "Ukraine is our neighbour and our friend. And it is good manners not to turn your back at your friend in need," PM Eduard Heger (OĽaNO) told the press after his return from Kyiv on April 9.

It is key for Slovakia that Ukraine wins this war and becomes a stable and prosperous country. "Only then will people in eastern Slovakia do much better, and will not have to leave their homes for work like they have done for decades," Heger said and noted that it is among the reasons why Slovakia needs to invest into Ukraine.

He criticised the opposition for the "madness" it has unleashed during his trip to Ukraine. He insisted that Slovakia has never been as protected as it is now.

"Slovakia will have four batteries of the Patriot system. We have never had anything like that before," Heger said. He went on to accuse opposition leaders Robert Fico and Peter Pellegrini of behaving like Russia's agents. He said he invites them to join him on a trip to Ukraine in the future to see what has been done there. 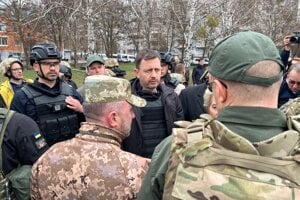 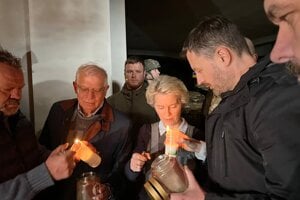 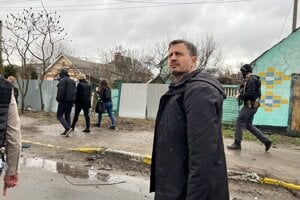 We have thought peace was a matter of course, but now we see it is not, and democracy needs to be defended with blood. "And they are not fighting just for themselves, they are fighting for us. If they fell on the first day, the Russian troops would be now positioned at our border."

Apart from donating the S-300 air defence system, Heger also offered his Ukrainian counterpart the possibility to export the wheat from Ukraine by railway via Slovakia, since currently Ukraine is unable to export wheat by ships. He also declared Slovakia's readiness to push for Ukraine's EU membership.

"Ukraine needs every ally and help from the democratic world," Heger stated. He added that the story of Slovakia's EU accession, after the authoritarian-leaning government of Vladimir Meciar fell in 1998, is an inspiration for Ukraine.

"When I see the determination of Ukrainians in the past month, I am convinced they will prevail," Heger said.