Slovaks lack trust in the EU, but are happy to be members (graphs)

Appreciation of the EU increased after the war broke out, surveys find. 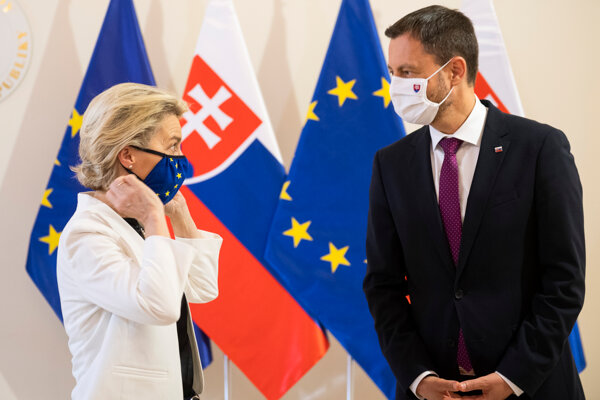 The mood of Slovak society towards the EU as well as national institutions was surveyed in the latest of a series of regular polls in late January and early February.

The data from the most recent Eurobarometer survey showed that before the war in Ukraine began, about one-third (35 percent) of Slovakia’s inhabitants perceived the EU positively and 26 percent perceived it negatively.

Opinion surveys across the EU’s member countries show that perceptions of and sentiments towards the EU tend, on average, to be positive (44 percent) rather than negative (17 percent).

The Eurobarometer results were updated in mid April, when the Focus polling agency asked the same questions. The aim was to find out whether the mood in Slovak society had changed since the war in Ukraine broke out. The data showed that the share of respondents expressing a positive perception of the EU had increased to 42 percent, while negative perceptions had also risen slightly (to 27 percent), with the remaining 30 percent perceiving the EU neutrally.

Most people are dissatisfied with the situation in Slovakia

When people were asked for their assessment of the situation in Slovakia, their responses were mostly critical.