The coronation jewel was deposited in a local Trenčín house in 1622. 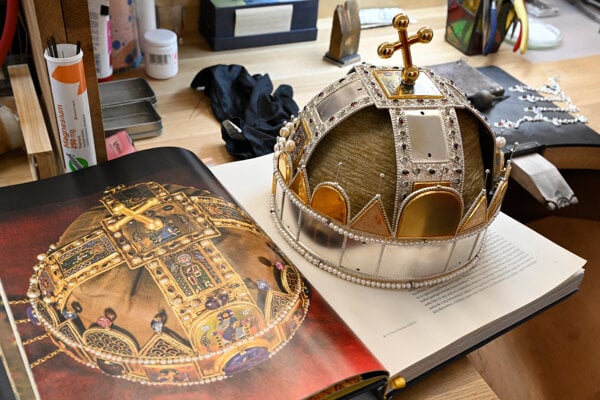 A replica of the Hungarian coronation crown will be exhibited at Trenčín Castle in the summer. (Source: TASR)
Font size:A-|A+  Comments disabled

Four hundred years after the Hungarian coronation crown was once kept safe in Trenčín for three months – a story unknown to people in Slovakia at large - local jewellers are working on its replica to mark the anniversary.

Trenčín Castle said that in summer it would exhibit the gilded replica, placing it next to a 17th century painting that depicts the crown, the My Trenčín website wrote.