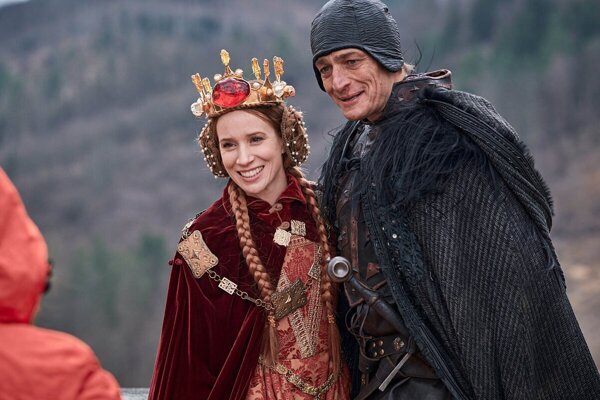 Slovak director Mariana Čengel Solčanská is best known in Slovakia for the film Sviňa (Swine), a political thriller loosely reflecting Slovakia's real political scene. The films deals with the eternal theme of the fight between good and evil.

Her latest film deals with the same theme, but in the form of a fairy tale. For Zakliata Jaskyňa (The Cursed Cave), which will premiere in June, the director took inspiration from Slovak classic fairy tales Soľ nad Zlato (The Salt Prince), Mahuliena, Zlatá Panna (Mahuliena, Golden Maiden) and Kráľ Drozdia Brada (King Thrush Beard).

“Good, beauty and love will always win out over evil and hatred,” she said. “This fairy tale is also about hope that good will prevail in the end.”

Slovak actor: I did not hesitate for a second