The spring edition of the community festival will take place this Saturday. 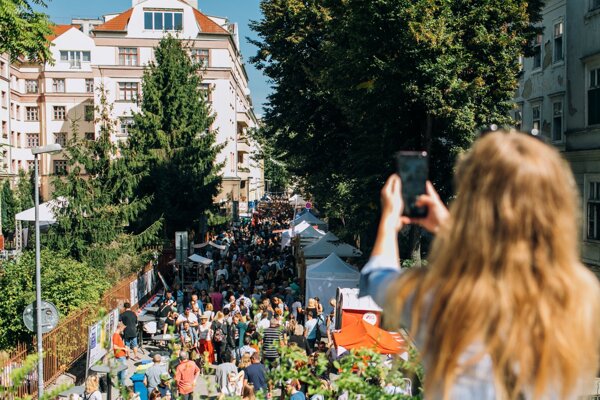 The idea of organising the Dobrý Trh (Good Market) on Panenská Street, near Bratislava’s centre, originated 11 years ago during a neighbours’ barbecue in the garden of the local Great Evangelical Church. The aim was to put together neighbourhoods, open them to the public and enjoy a traffic-free street. Later, stalls with food and homemade products and cultural programme were added. Today, it is a popular street festival that serves as an inspiration for others. Its spring edition will take place on April 30.

On the occasion of the 10th anniversary of the festival, its organisers, in cooperation with KÉK - the Hungarian Centre for Contemporary Architecture, had its impacts measured. Behind the qualitative research was sociologist Ivana Rapoš Božič. Tereza Ráabová, an expert on economic analysis in culture, conducted the economic impact research. This was the first festival in Slovakia whose impacts had been measured. The results were published in late 2021.

“The Good Market, like other civic festivals, is not just about food or music, it also contributes to community development, social inclusion and dialogue between different groups,” said Illah van Oijen, who, together with Barbara Zavarská, is behind the idea of ​the Good Market. “The results show that we are succeeding in strengthening community relations, the local economy and sustainable development through the support of local producers, discussions, workshops and accompanying events.”

Ivana Rapoš Božič noted that the Good Market is an interesting event due its multi-genre character, where its organisers work with a huge number of stakeholders from different social positions. The function of the Good Market in terms of sale of products is only part of the activities that take place in it. Artists or representatives of non-profit organisations or institutions who present their activities are given a lot of space during the festival.

The organisers broach overlooked social themes via the festival, for example in relation to sustainable urbanism or the local economy, Ivana Rapoš Božič noted in an interview for the Platform on People and Cities.

“This interplay of different themes makes the Good Market an interesting event and at the same time very complex due to the research of its impacts,” said Rapoš Božič.

Illah van Oijen added that the Good Market, with its activities and its multi-genre character, creates a space for meetings, the exchange of experiences and building contacts between communities, and this is subsequently reflected in the formation of the environment.

“The great effect of the Good Market is its ability to draw attention to the potential of public space through the closure of the street and the opening up of the courtyards,” said van Oijen.

A concrete example of its impact is the participatory process that took place on Panenská Street and led to the fact that this entire zone is gradually being revitalised. 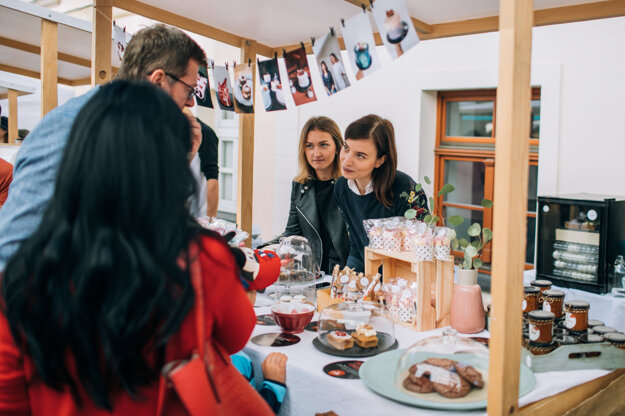 The festival can also be an impetus for starting a new business. It provides space for increasing visibility, provides direct contact with customers or enables networking within its area of ​​operation.

“Customers, in turn, appreciate the opportunity to buy products directly from the manufacturer, try out novelties and learn the story behind the product they are buying,” said van Oijen.

Festival organisers also broach social issues such as responsible waste management and environmental protection. The Good Market was, for example, the first zero-waste event in Slovakia; today this idea is moving forward thanks to the training provided by the organisers. 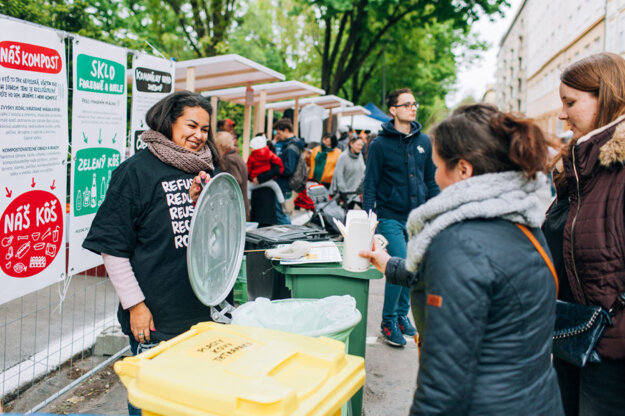 People can learn how to separate waste at the Good Market. (Source: Courtesy of Dobrý Trh)

The organisers did not doubt the benefits of the Good Market as they saw its potential in many areas. However, the results of the research definitively confirmed the impact.

“What surprised us the most was the amount of economic benefits that one Good Market can generate,” said van Oijen. “One spent euro brings a turnover of 27 euros. This not only supports specific sellers and their surroundings, but also have an impact throughout Slovakia.”

The input data for the calculation of economic impacts were the project budget and the money visitors spent at the Good Market or in direct connection with their visit, such as transport, refreshments and shopping in the surrounding outlets. For the calculation, they chose data for the festival’s edition that took place before the coronavirus pandemic, in September 2019. At that time, it attracted approximately 15,000-20,000 visitors. Visitors spent about €50 at the market while those travelling to Bratislava to attend the festival spent another €15 on transport, food and possible accommodation. All visitors spent a total of approximately €772,500. 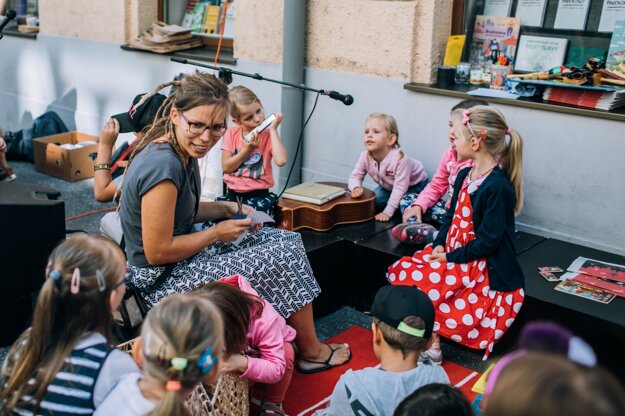 A programme for children is an inseparable part of the Good Market festival. (Source: Marek Jančúch)

The total costs of the Good Market in 2019 amounted to €44,635. The research has shown that the Good Market can increase the turnover of the Slovak economy by some €1.2 million.

“We see that culture, in addition to social or community functions, also has a fundamental benefit for the Slovak economy,” said van Oijen. “This often means that how it ends up on the tail of public interest is really unjustified.”

The findings of last year’s research were also reflected in the shape of future editions of the festival. After holding Good Markets on Jakubovo Square or in the Old Market Hall, they returned to one locality, Panenská Street. In addition to the spring edition, which will take place after a two-year pandemic break on April 30, the autumn edition will take place at the same place on September 24.

“We want to build on closer cooperation with neighbours, businesses and residents and focus on the long-term development of this zone, where we see enormous potential,” said van Oijen.

For the April issue of the Good Market, due to the recent challenging pandemic period, they tried to create the maximum possible space for marketers.

“We believe that for many it may be an important restart or the very start of operations, as it happened to several in the past, today well-established,” said van Oijen.

Nearly 200 new or well-known marketers will present themselves at the festival while visitors will once again peek into the normally inaccessible courtyards and gardens of Panenská Street. They will enjoy this picturesque street in the Old Town that will rid itself of cars for this one day.

The programme will feature a bilingual programme for the Ukrainians who fled to Slovakia from the Russian invasion.

“We especially want to welcome our Ukrainian neighbours,” said Illah van Oijen, adding that the podium “будь ласка, Bud’ laska” in the Next Apache café will offer events and collaborations with Ukrainian artists, concerts, discussions, exhibitions as well as readings in Slovak and Ukrainian.