Here's what Bratislava's three-day festival offers throughout the weekend. 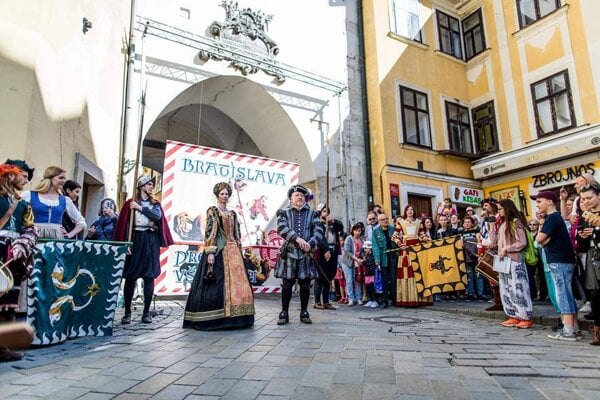 After two years Bratislava citizens and visitors to the Slovak capital will again spend the last weekend of April celebrating the city and experiencing all it has got to offer.

Bratislava City Days, a traditional event when the capital opens up to everyone, will take place between April 22 and 24 at different locations hosting plenty of events.

In the past, it was in late April when people of Bratislava elected their mayor for one year. The newly elected mayor then met with local people to celebrate.

In the Spectacular Slovakia Roundup, dedicated to the city festival this time, we are therefore going to highlight the best bits to look forward to, including a visit to a jail in the Old City Hall and a cruise taking people to the Devín Castle. It will be an even more joyous experience for many as the government announced earlier in the week that respirators will no longer be mandatory indoors. Covid restrictions on cultural events have also been scrapped.

Amid the conflict in Ukraine, a tourist information point on Klobučnícka Street will provide information in the Ukrainian language between 10:00 and 16:00, except for 11:00 and 14:00, on April 23 and 24.

Before we continue to the events to be held during Bratislava City Days, do not forget that Earth Day falls on April 22. The city is going to mark the day, for instance, with workshops and swap events. 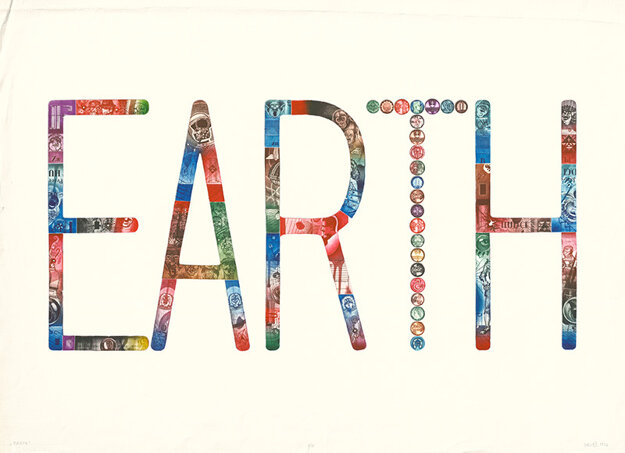 The "Earth" graphic by Blažej Baláž from 1992 comes from the Stredoslovenská Galéria art gallery. (Source: webumenia.sk)

P.S.: You can find other travel and culture news at the bottom of the weekend roundup.

Bratislava City Days will officially kick off at 19:00 when an opening ceremony show is scheduled for on Main Square. Local acrobats grouped in the CirKusKus ensemble will perform their “Vintage Circus” show. The ceremony will end at 21:00 with a show full of lights.

Prior to the ceremony, Bratislava will observe Earth Day in Partizánska Lúka (meadow). There people can join in celebrating Forestry Days, a nationwide event honouring Slovak forests and nature, from 9:30 to 15:30. Children can look forward to competitions, forest pedagogy activities, creative workshops, animals, and a bonfire.

At the Mirbach’s Palace, families may also enjoy a game called Rohy v rohu (Horns in the Corner), which can be played from 11:00 to 18:00 all weekend long. Parents and children will have to find all animals hidden in an art gallery housed in this palace. 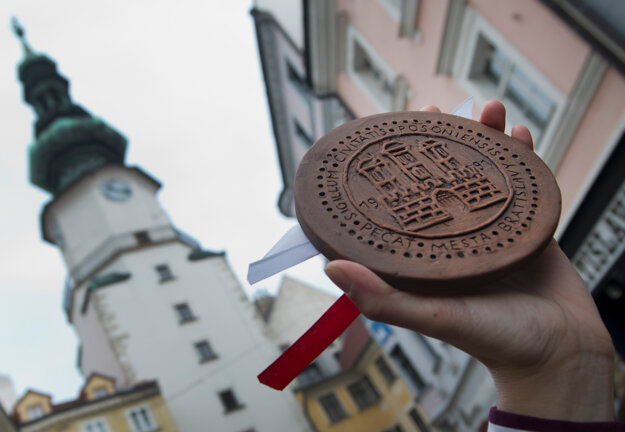 Bratislava City Days will kick off on April 22 on Main Square. (Source: TASR)

Throughout the weekend, the Primatorial Palace, the place where the Bratislava mayor works, will be open from 10:00 to 18:00 so that visitors could see not only representational spaces, but also the mayor’s office, art gallery and St. Ladislav Chapel. Audio guides will be available.

Though the festival will start on Friday, Bratislava will open its city gates, symbolically, at 11:00 on Saturday. The opening will take place on Panská Street near Rudnayovo Square.

In fact, the city might be packed with tourists walking up and down the streets and eager to learn more about Bratislava from different perspectives on Saturday. However, it is necessary to register for themed tours. Tours in Ukrainian, Russian, Italian and English will take foreigners on a walk around the city centre. The Bratislava mayor Matúš Vallo will drive people around the city in an open-top bus, telling them about the future of the capital.

The City Bazaar, during which people can buy some old things that others no longer need, will be held from 10:00 to 18:00 on Bazova Street. Another bazaar will be held on Hviezdoslavovo Square. The latter will feel even more vintage.

Transport will also be a part of Bratislava City Days. On Hroboňova Street, where trolleybuses are parked, these machines will be waiting for people. Moreover, a tour through the depot’s washroom and workshop will take place every hour between 11:00 and 15:00. Rides on old buses, trolleybuses and trams are also planned for Saturday. 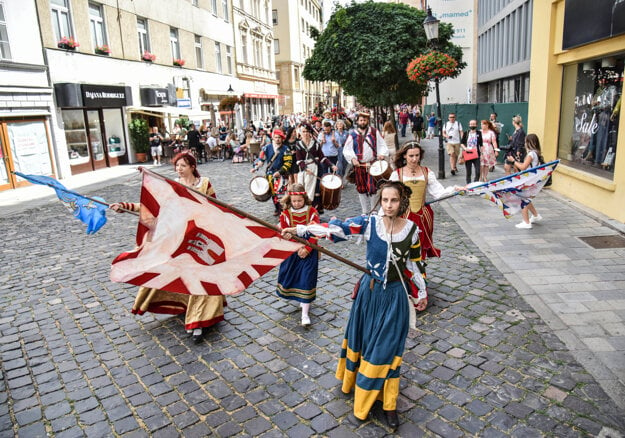 Bratislava will open its city gates on the late Saturday morning. (Source: TASR)

The Municipal Police will present its work and cars on Obchodná Street from 10:00 to 17:00. Nobody will get arrested, but the Bratislava City Museum will open its prison in the Old City Hall on Saturday and Sunday, between 10:00 and 18:00. In addition, the museum will run several workshops for children and adults during the weekend. They can, for example, learn how to make a seal and how documents were written in the past. Entry to the premises of the museum is free, except for the Devín Castle.

The Bratislava Zoo will organise two guided tours, at 11:00 and 14:00, and a game for families on Saturday and Sunday, which children will definitely love. The Bratislava City Library’s children’s department on Kapucínska Street has several activities planned for children as well.

On Saturday, there will even be time for theatre in English at the P. O. Hviezdoslav Theatre. Nena Popovic, Gregory Fabian and Daniel Hall will appear in “A Loop for Two”, a post-war comedy by Ivan Bukovčan. For a bit of music, Main Square is the place to be at in the evening hours. Pressburger Klezmer Band will play there. Two concerts – Bad Karma Boy and Walter Schnitzelsson – will also be held at the Sad Janka Kráľa park by the River Danube.

Themed tours will continue on the last day of the festival – the number of places is again limited. Those who have managed to obtain a ticket will learn about the golden age of Bratislava cinemas, theatres, secrets of the Lamač borough, or will cycle to the Lužný Bridge.

For Russian-speaking people, the “First Date with Bratislava” walking tour is prepared. Registration is required. Walking tours in Ukrainian are on the Sunday schedule as well. 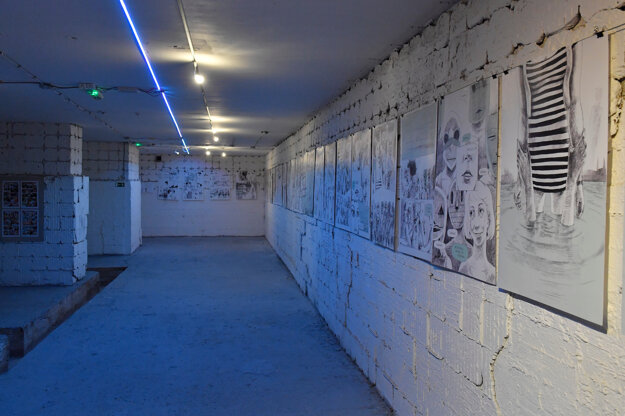 An underground space of the P. O. Hviezdoslav Theatre in Bratislava where an exhibition was held during the previous edition of Bratislava City Days. (Source: TASR)

The Bratislava City Museum will offer a guided tour at the ancient Roman military camp Gerulata at 15:00 on Sunday, but the number of available places is limited to fifteen. No registration is required in this case. Guided tours at the Devín Castle may also be interesting. There will be four tours on both days of the weekend, starting at 10:30 and ending at 16:30.

Some of the Saturday events will continue on Sunday, including the two aforementioned bazaars. The church known as Klarisky will host a clothes swap event on Sunday afternoon.

To avoid starvation, people can head to Hviezdoslavovo Square where Slovak Food Truck Fest takes place until April 30 or to Velvet Revolution Square, which hosts Street Food Park until Sunday.

NOTE: The full programme of Bratislava City Days in English and Ukrainian.

OTHER TRAVEL AND CULTURE NEWS FROM THIS WEEK

WHAT’S ON IN BRATISLAVA NEXT WEEK

The idea of organising the Dobrý Trh (Good Market) on Panenská Street originated 11 years ago during a neighbours’ barbecue in the garden of the local Great Evangelical Church. The aim was to put together neighbourhoods, open them to the public and enjoy a traffic-free street.

The Good Market will take place on Panenská Street in Bratislava on April 30, 2022. (Source: TASR)

On the occasion of the 10th anniversary of the festival, its organisers, in cooperation with KÉK - the Hungarian Centre for Contemporary Architecture, had its impacts measured.

“The results show that we are succeeding in strengthening community relations, the local economy and sustainable development through the support of local producers, discussions, workshops and accompanying events,” said Illah van Oijen, who, together with Barbara Zavarská, is behind the idea of the Good Market.

The festival’s spring edition will take place on April 30. It will feature a bilingual programme for Ukrainians.