A Bratislava theatre's new look returns to its past

Theatre Aréna should become one of the most modern playhouses in Slovakia, Bratislava Region said. 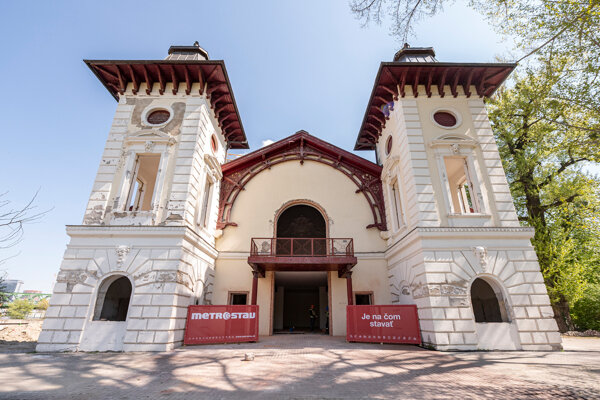 The appearance of Theatre Aréna, one of several playhouses in Bratislava, should return to the pre-1939 period next year.

The Bratislava Region decided to have the national cultural monument standing on the Petržalka side of the River Danube completely reconstructed for €7 million.

“Our aim is not only to reconstruct the extraordinary building but also to establish one of the most advanced theatres in Slovakia,” said Bratislava Region Head Juraj Droba. The theatre should reopen in late 2023. 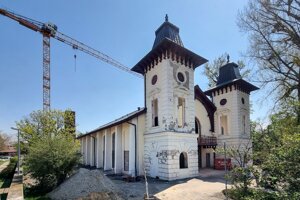 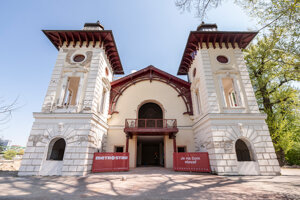 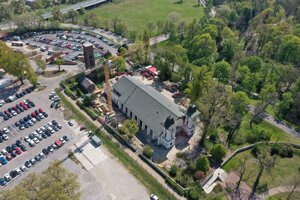 The reconstruction of Theatre Aréna in Bratislava (13 photos)

The last time the theatre went through some kind of reconstruction was in the early nineties.

Water tower as a new venue

Earthworks and demolition work have already been carried out.

In the summer, the roof of the playhouse will undergo reconstruction. A new tower will be built and attached to the roof. Restoration work is planned for the end of the summer.

Work on the interior of the theatre will then begin in the second half of 2022. The final stage of reconstruction will concern stage technologies when lightning, sound and projection technology should also be installed in Theatre Aréna. 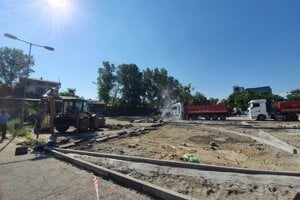 Read also: The Danube embankment in Petržalka will change its look Read more

A water tower, which stands on the grounds of the theatre, is in line to be repaired as well. It should serve as a space for cultural events in the future.

A café should also open on the premises of this Bratislava cultural space once the renovation project is complete.

When the Second World War ended, in 1945, the building was closed to the public for almost half a century. It served as a television warehouse.

The Slovak mime Milan Sládek founded a foundation in 1994 to breathe life into Theatre Aréna. The playhouse hosted its first theatrical performance a year later.

Since then, the theatre has hosted more than 3,500 events.