The “end of democracy”, according to Fico 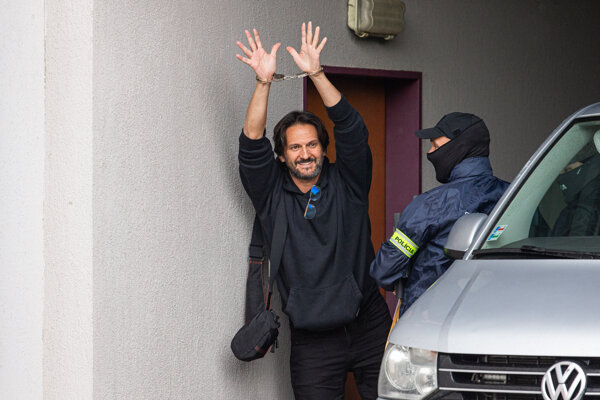 Welcome to your weekly commentary and overview of news from Slovakia. Two men who were once Slovakia’s most powerful figures now face serious charges. Slovakia leverages its own experience as a plan for Ukraine. The government wants to throw money at rising prices. No more masks as Covid cases continue to plummet.

Subscribers can find the PDF of the latest printed version of The Slovak Spectator below.

Serious charges reach those in the highest places

There is no corruption in the highest places, Robert Kaliňák once said when he was interior minister. That quote quickly passed into Slovak political folklore as yet another ironic saying by which to refer to the governments led by his Smer party. The last one in which Kaliňák held office eventually collapsed in the wake of the upheavals that followed the murder of journalist Ján Kuciak and his partner Martina Kušnírová in 2018.

Now in police custody and facing a number of serious charges, Kaliňák has appealed against his detention. Smer leader Robert Fico faces the same charges, and may end up in pre-trial custody too, if his fellow MPs vote to allow it.

Smer politicians have stressed that the charges against Fico and Kaliňák are not corruption-related. They have, in fact, been charged with establishing a criminal group, and threatening trade secrecy, bank secrecy, secrecy of correspondence, telecommunications secrecy and tax secrecy. All of this pertains to investigators’ suspicions that Fico and Kaliňák installed people loyal to them in senior positions in the police, and that those people then abused their power to gather dirt on Smer’s political opponents, most notably former president Andrej Kiska and former prime minister Igor Matovič. The Slovak Spectator will bring a more detailed report on the charges later this week.

The sight of Kaliňák, and possibly also Fico, in handcuffs, is certainly being viewed as a symbol of the cleansing process that Slovakia and its law enforcement and judicial authorities embarked on after the Kuciak murders and the revelations that surfaced during the investigation of that case. But instant symbols like this usually carry with them the risk that things may end up going sideways.