Survey carried out before Heger's trip to Kyiv 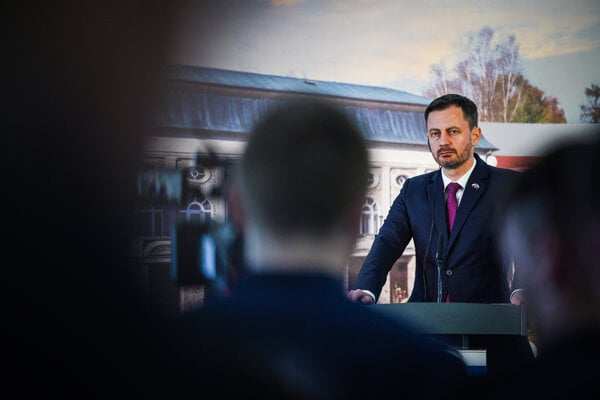 Prime Minister Eduard Heger is now the most trusted member of cabinet among voters, according to a new poll, with voter trust in him rising since the Ukraine war broke out.

Respondents named PM Heger as the most trustworthy member of government in a survey by the Focus polling group conducted for the Na Telo programme on private television Markíza. The poll was carried out between March 30 and April 6 with 1,007 respondents.

The poll was carried out after Heger refused to travel to Ukraine, when he was invited to join Czech, Polish and Slovenian PMs, but before the prime minister's journey to Ukraine with President of the European Commission Ursula von der Leyen on April 9.

Refusal to go to Ukraine had no effect