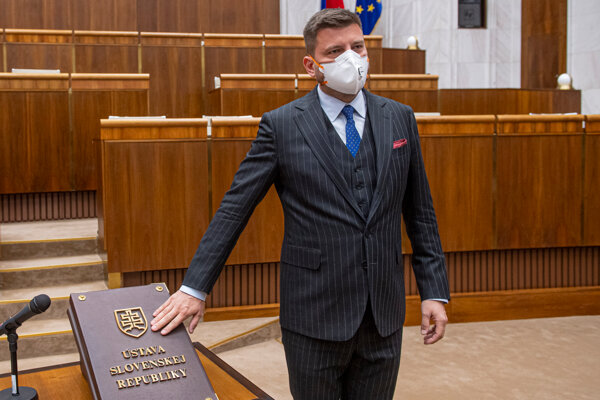 Coalition MP Martin Borguľa (Sme Rodina) has been charged with corruption, according to media reports.

The website zregionu.sk was the first to break the news.

Police confirmed that as part of Operation Inferno – 8th Circle, charges have been brought against several people, including one MP.

Borguľa himself, though, has said he has yet to receive any official confirmation that charges are being pressed against him, the TASR newswire reported.

However, following the media reports, Chair of Sme Rodina, Boris Kollár, said Borguľa has the support of his whole party.

Kollár said the case against his party colleague had been brought now so that former PM Robert Fico will not be able to claim that police are only investigating opposition politicians.

Kollár criticised not only the charges against Borguľa but the fact that Police Corps President Štefan Hamran had publicly spoken about the charges before any official announcement about them had been made. Hamran had said during a discussion on private television Markíza that he was aware a coalition MP would be facing charges.

The allegations against Borguľa relate to an ongoing legal case dating to 2018 when, the MP admits, he paid tens of thousands of euros to police officers when he was running for the post of mayor of the Old Town, Bratislava.

He claims police contacted him demanding €50,000 if he wanted to run for mayor.

Borguľa said he felt he could not go to police for help, and that it was easier for him to pay the money than risk officers smashing down his door in front of his two young children and elderly mother.