Even with Fico in custody, Smer may retain popular support

Fico has been preparing his supporters for this scenario, so it may not affect his popular backing. 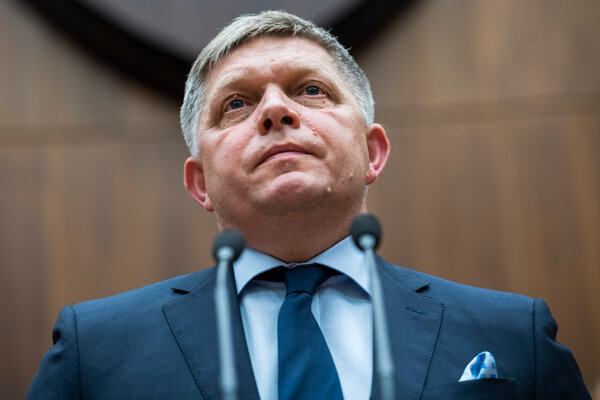 MPs in parliament are debating a request by the General Prosecutor’s Office to allow Smer leader Robert Fico to be taken into custody, based on the serious criminal charges laid against him on April 20.

Parliament’s mandate and immunity committee has recommended that MPs approve the request, but its decision is not binding on parliament.

The discussion started on Thursday morning but is not expected to end on the same day.

The opposition has proposed that MPs should vote on Fico’s possible detention in a secret ballot, Deputy Speaker of Parliament Gábor Grendel announced. MPs will vote to decide on that, the TASR newswire reported.

If parliament votes to allow Fico’s arrest, it would not mean that he automatically goes into custody. A court would also have to decide that there were sufficient legal grounds for his detention.

If Fico was taken into custody, he would not lose his MP’s mandate but would be unable to exercise it. Observers agree that this would probably not mean a significant decrease in popular support for Smer.