Three companies are nominated for the Good Partner of the Community category. 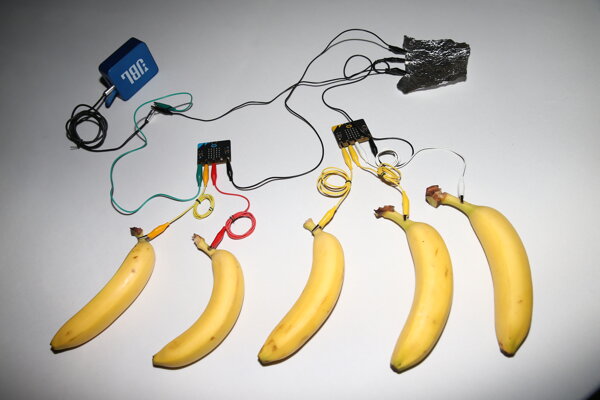 Slovak Telekom helps children and students not only to consume digital technologies but also to create new things with them. (Source: Courtesy of Slovak Telekom)
Font size:A-|A+  Comments disabled

Four years after Slovak Telekom, a telecommunications company, took home a Via Bona award for being a good partner of the community in Slovakia, and it may win the same prize yet again.

In 2018, it was awarded for its long-term support of deaf and hard of hearing communities through the Looking for Another Sense project. Two years later, it launched an initiative that focuses on digital skills, and which could bring Slovak Telekom a second win.

The competition is tough, though. The Pontis Foundation, which organises the Via Bona Slovakia awards to cast a light on firms to which responsible entrepreneurship and corporate philanthropy matter, has said that 15 companies submitted their projects to the Good Partner of the Community category. Each tells a different story of how these firms have helped communities around the country in a thoughtful, purposeful and continuous manner.

Though the war in Ukraine seems to dominate the public discourse, Sedláková believes it is of prime importance not to forget about Slovak families in need.

She appreciates several other initiatives, including the fairly new Winter Will Not Hurt Statues project by Slovenská Sporiteľňa bank. It is hoping to reduce the number of people sleeping rough on the streets in Bratislava. Sedláková also cited Billa’s Breadwinner project, which was launched in 2018. The retail chain supports single parents in need with money from bread sales.

However, none of these companies made it to the top three firms competing for the award this year.

In addition to Slovak Telekom, the energy supplier Slovenské Elektrárne and retail chain Kaufland have been short-listed. This year’s winning project, and the company, will thus arise from projects that bring to the fore ecological solutions, fresh fruit and vegetables for primary schools, and the importance of digital literacy.

Sedláková asserted that a project that helps people in need should have appeared on this year’s shortlist. In regard to the three nominations, she would have bet on Slovak Telekom’s project as it has the strongest social aspect of all three projects up for the prize.