This May, Slovakia has much to celebrate

Fico has decided to hijack the first of May, because too much is at stake for him. 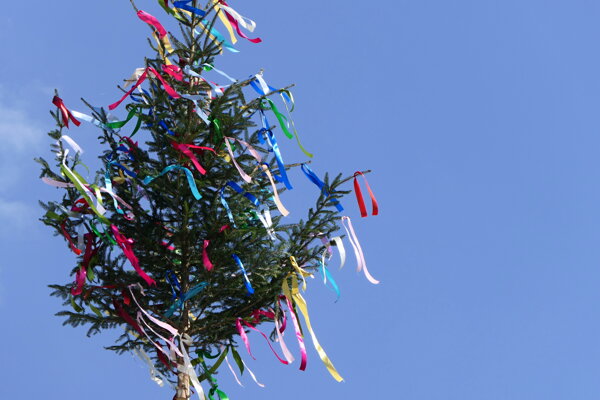 Welcome to your weekly commentary and overview of news from Slovakia. Parliament debates whether to allow Fico’s arrest, with a vote expected soon. Another MP, this time from the coalition, faces corruption charges. The court map finally gets parliament’s OK, allowing Slovakia to apply for its first Recovery Plan payment. Slovakia will struggle over winter without Russian gas. Jill Biden to visit Slovakia.

EU accession is a reason to celebrate, now more than ever

The first of May has been a national holiday in Slovakia for as long as anyone can remember. It is a rare national holiday in that it has a fitting connotation for anyone: in the countryside, maypoles are erected – one surviving folklore custom in this part of Europe – and people kiss under the blossoming cherry trees. Older generations that grew up in communist Czechoslovakia in the second half of last century recall the marches on May Day that everyone was expected to take part in, and thereby physically demonstrate their allegiance to the regime.

But the most important connotation is the most recent one: since 2004, the first day of May marks Slovakia’s accession to the European Union. This year, in particular, that anniversary needs to be highlighted.

Slovakia’s road to the EU was far from straightforward. The country was fortunate enough to be able to reverse its mid-90s drift towards authoritarianism. In 1998, the entire opposition joined forces in an effort to defeat then prime minister Vladimír Mečiar and his HZDS party in a vote that was widely perceived to be absolutely decisive. And it was. Within the parliamentary term that followed, the government of Mikuláš Dzurinda, though not without difficulties and setbacks, kicked off the key reforms that enabled Slovakia to join the EU, together with its neighbours, just six years later.

Eighteen years on, not only Slovakia but all the countries that were once on the eastern side of the Iron Curtain can now see very clearly how fortunate they were to be able to take that step.