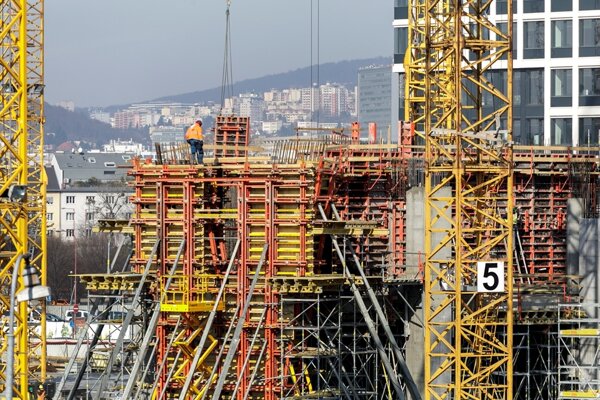 Slovakia will enjoy new construction legislation after almost 50 years. The parliament passed new laws authored by Deputy PM Štefan Holý (Sme Rodina). The country is in for a revolution in the construction permit process.

"Not a correction, not an amendment, not some overcooked chewed-up thing. We've passed a completely new law, a modern one that reflects the needs of ordinary people," Holý says.

The path to passing the law was long and in many cases a source of controversy. What are the changes the law brings? Index economic magazine offers answers to some key questions.

We answer the following questions regarding the construction law:

When issuing building permits, municipalities carry out what is known as a transferred execution of state administration. This means they perform the roles originally falling on the state’s shoulders after the state has delegated the competencies to them. In return, municipalities are paid a per capita fee.

For most municipalities, this is a loss-making process, since the costs of running construction offices are higher than the income they receive from the permit fee. On the other hand, this arrangement allows municipalities to control the entire permission process and subsequently regulate construction and development.

What are the drawbacks of the current system?

Municipalities are thus responsible for the disproportionately long construction permit process. In some cases, investors needed to wait years to receive a permit. An extreme example is the Sputnik project in Bratislava’s borough of Ružinov, given a construction permit after 11 years.

The binding stances issued by the capital are another issue. Some developers have waited up to two years for the city authorities to issue a stance.

The competencies of municipalities in directing and controlling their own development have turned out to be problematic, too, with the recent examples being the Tatras, namely the municipalities of Jasná and Štrbské Pleso. The pressure of developers there proved stronger than the conceptual development.

All concerned parties – the municipalities, the state, and developers – say change is needed. Mayors are often put in a tough position since they are supposed to approve construction, but local inhabitants pressure them into building as little as possible. 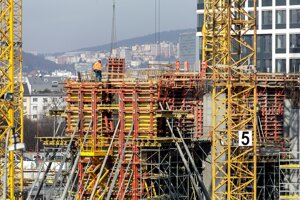 What was Sme Rodina's ambition behind the law?

During the law's introduction othe Sme Rodina politicians did not hold back on it being a tool to fulfil their pre-election promise of building 25,000 apartments a year.

"Now that the pandemic is over, it will be very important to restart the economy, and we can do this by building massively. Not only as a public sector in the form of infrastructure construction, but together with developers. Be it business centres or flats," said Sme Rodina Chairman Boris Kollár.

What are the basic changes?

The law follows the idea that the whole permission process should be digital. Every resident should be able to acquire a permit via a smartphone. The law will simplify matters by significantly reducing the number of steps from 83 to 13. Another basic change will be the merger of land and construction proceedings. The entire process should be significantly simplified and accelerated.

Construction offices will be moved from the municipal to the state level. A centralized construction office will be created to cover the whole permission process. In addition, eight regional posts will be set up as well.

"Today, officials at construction offices are just writing long permits. Now they are supposed to spend more time out in the field. That is why we are giving more power the building inspection," deputy PM said in an interview with Index earlier this year.

How does the length of the permit process change?

In practice, granting a permit should be quicker and will not take months. Currently, one has to wait between six to twelve months just to construct a simple building. This will change to weeks. Holý has prepared what he calls a whip against bureaucrats via binding legal deadlines for them to process requests.

If they don't say anything, it will count as if they agree with the construction. That is, a permit can be granted in just six weeks. In case of more complex situations the process might take an extra month. 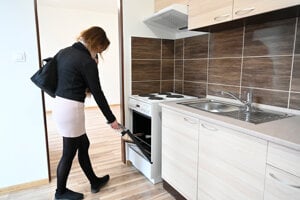 How does the role of cities and villages change?

Their role will be significantly reduced. They will be able to create their master plans, which would define what can be built on a particular land. At the same time, they will issue a statement with an assessment of whether a building is in line with the urban plan.

There will no longer be urban proceedings and designers will have an important role to play. They will be representatives of developers or builders who will incorporate the comments of the authorities into the projects. In other words, they will largely take over tasks that construction authorities were supposed to supervise.

Does the law change the approach to illegal construction?

Yes. It will no longer be possible for illegal buildings to be legalised.

"Under this law, it will not be possible to fool the system. If you happen to construct such a building, you will not be able to connect it to public networks or have it approved. The state will order the removal of such a building and will pay for it," Holý explained.

Can the law mitigate the rise of prices and the availability of apartments?

Analysts say yes. This was Holý's intention to begin with.

"The law should increase the availability of housing. That's a big problem today. Experts also agree that the high prices of unavailable apartments are the result of the lengthy permitting process. People will actually feel an increase of available flats and their affordability," Holý said at the beginning of the year.

Who will gain and lose the most?

Developers will have an easier time. The changes can bring about the acceleration of processes and much faster project implementation. The municipalities will lose some of their competency.

Residents may find themselves among both the winners and losers. On the one hand, the jumpstarting a construction can reduce rising prices and increase housing availability. On the other hand, reckless construction can affect the appearance of sites. In other words, rapid construction does not have to necessarily increase the quality of the environment.

What are the reactions to the law?

The law was harshly criticized by the Association of Towns and Villages of Slovakia (ZMOS).

"For Ružinov, but also for other city districts of Bratislava, this would mean they would completely lose control over construction in their territory. The city districts are stripped of all competencies related to construction. For the rest of the municipalities it would mean a drastic weakening of their competencies. An unelected civil servant could overturn their binding statement," Martin Chren, the mayor of Ružinov, said in an interview with Index.

Neither did conservationists like the law. According to them employees will have to deal with agenda that was not theirs to begin with, like overseeing utilities, the number of parking spots, or connections.

When will the law come into effect?

Although the law was originally planned to come into effect from the beginning of next year, the deadline was eventually moved to April 1, 2024.

Are there any challenges in the introduction of the law?

The whole idea is supposed to be based on a quality information system. However, its creation can be complicated, and the experience with state software so far has not been easy. However, Holý has spent months convincing everybody that there will not be any problem.

"The submission is being prepared in cooperation with Stanford University, one of the best in the world. We want them to create the technical basis. I expect them to provide us with a functional output. I cannot imagine any other, better solution," Holý said.