Court heard the testimonies of prosecutors whose murders the defendants are believed to have ordered. 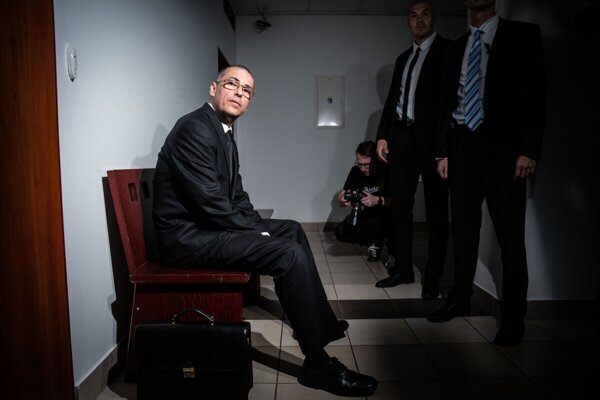 Three people, today all of them high-ranking prosecutors, were to be murdered per order by Marian Kočner even before Ján Kuciak, the prosecution claims within the retrial of the Kuciak murder case.

The retrial continued at the Specialised Criminal Court in Pezinok on May 3, 2022.

The court heard the testimonies of General Prosecutor Maroš Žilinka, Special Prosecutor Daniel Lipšic and prosecutor Peter Šufliarsky, former deputy general prosecutor. All three of them had had conflicts with the convicted fraudster Marian Kočner in the past, or posed a threat to him when they investigated cases that involved him.

Yet none of the three of them noticed anything unusual in 2017, when police believe their murders were plotted.

"I have never noticed anything out of the ordinary that would concern me or my family," Žilinka told the court, "such as somebody surveilling me, following me, or similar activities."

Lipšic and Šufliarsky gave a similar statement. All three prosecutors testified in court in this case for the first time. Before, the Kuciak murder trial was a separate case in court, and only recently it was joined with the case of the suspected plot to murder the three men.

The Sme daily selected the eight most interesting points from the May 3 court session.