Slurs against president at Smer demo raise eyebrows in parliament

Quaestor of the European Parliament attended the event where slurs were chanted. 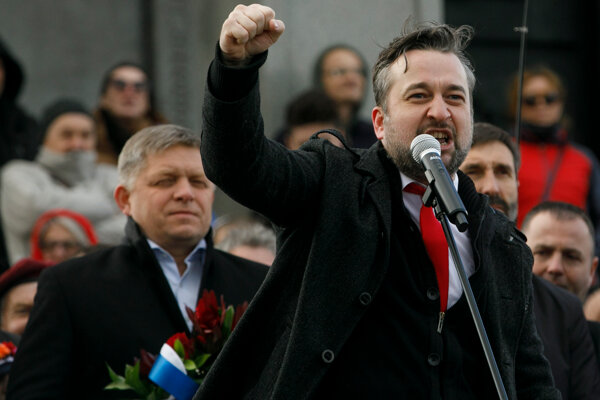 Members of the parliament’s EU affairs committee called on their fellow MP, Ľuboš Blaha of Smer, to apologise to President Zuzana Čaputová following a public gathering in Nitra that saw the crowd chant sexual slurs against the president.

The opposition party Smer organised a public gathering to mark May 1 festivities in Nitra. During his address to the crowd of approximately 2,000, according to the TASR newswire, Blaha riled up the crowd, breaking into an obscene chant involving a sexual slur aimed at the president.

The incident was captured on video, widely shared on social networks over the past days and which prompted a highly critical reaction among the public as well as many politicians.

MPs call on Smer to apologise