Electric scooters will take tourists around the most-visited places. 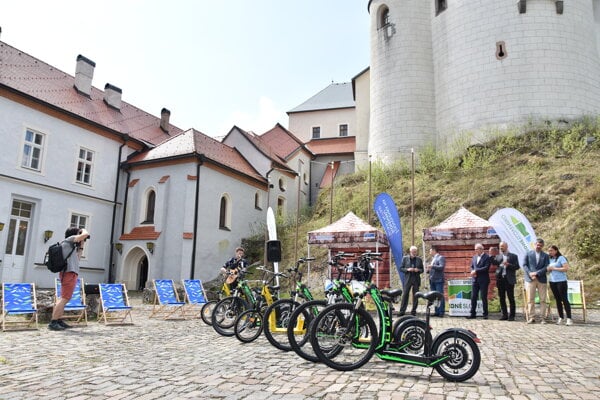 The Regional Tourism Organisations of Central Slovakia and the Horehronie Region opened this summer's tourist season at the castle in Slovenská Ľupča in the Banská Bystrica district. It includes several novelties, such as the ferrata on Driekyňská rock or the cycling-rickshaw tour in Hronec.

"We wanted to broaden the offer for visitors to Slovenská Ľupča and the wider region this year,“ said Jiří Pěč, Director of OOCR Central Slovakia, as quoted by the TASR newswire. “Ľupča Castle is very popular, but there are also many other activities that people can try." 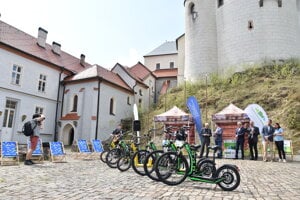 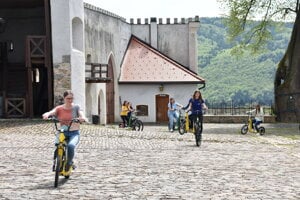 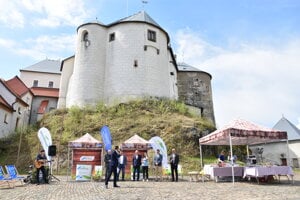 New electric scooters, which tourists will be able to borrow at the information centre, will make it easier for visitors to move around the village and its surroundings.

A novelty in Slovenská Ľupča is the Driekyňa ferrata, which was added in the locality known as Driekyňská skala.

"Currently, the first stage is completed with routes of difficulty C and D. We have prepared an extension to other stages, we will see how quickly we will succeed," said Pěč, adding that visitors will be able to rent the necessary ferrata equipment at the information centre.

OOCR Región Horehronie also has new activities for this year's summer tourist season. "Among the biggest news of the Horehronie summer season are the tandem bicycle and cycling-rickshaw in Hronec and electric scooters, which will ride up to the Horné Lazy nad Breznom lookout tower," said OOCR Director Petra Ridzoňová Hlásniková.

In addition to off-road electric scooters, visitors to Brezno can also look forward to guided tours of the city, which will be enriched this year with the entrance to the city tower. "It will be open in July. There will still be interactive exhibits and a demonstration room for the bell ringer," said Hlásniková, as quoted by TASR.

This year's tourist offer in both regions will also include traditional events, the most popular of which include, for example, the Royal Wedding at Pustý Castle.

A wide range of experience with trains will also continue. "A special novelty will be added to the traditional ones, connected with overnight stays and meals directly on the train," Pěč summed up.