Weekend: From "Outlaw Express" ride to hitting ski slopes for the last time

"The Bodyguard", a stage musical, has premiered in Slovakia. Join us in listening to the 2021 best-selling album. 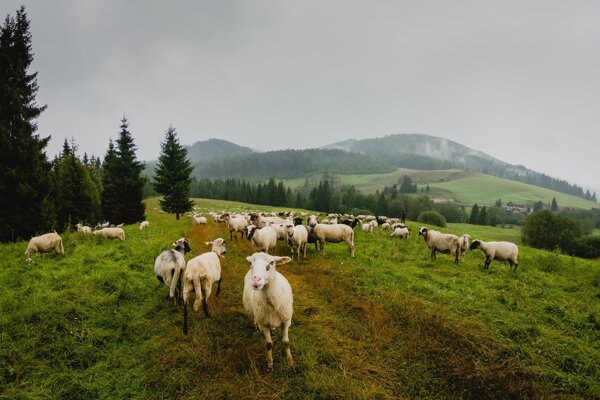 We are going to start the Spectacular Slovakia Roundup in the Tatras where skiing is about to end for this season, and the first hiking trail has reopened.

In central Slovakia, they are also getting prepared for the summer. In Rimavská Sobota, a train will take visitors to the land of outlaws during the weekend. In the Trenčín Region, a camping site is beginning a new tourist season.

We have attached a few other tips for the weekend at the end of the roundup.

P.S. Do not forget that Slovakia will mark Mother’s Day on Sunday. Here is one of Mikuláš Galanda’s mother-related artworks, “Mother with a Child” from 1934. 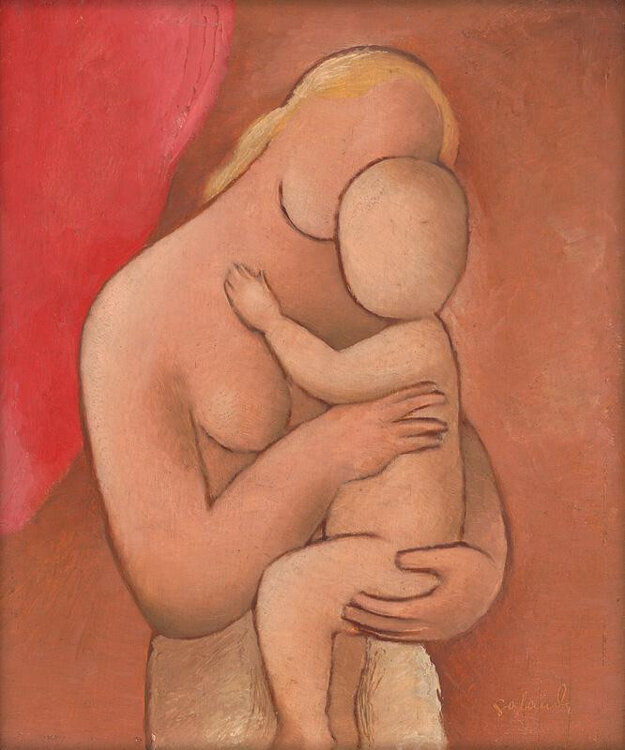 The "Mother with a Child" painting (1934) by Slovak painter Mikuláš Galanda is deposited in the Slovak National Gallery. (Source: webumenia.sk)

Hikers have returned to the Western Tatras after a red-marked hiking trail connecting the Juráňova Dolina valley and the Umrlá saddle reopened last week.

The trail begins in Oravice. Hikers then continue through the Tichá Dolina valley and Tiesňavy up to Umrlá, which is the highest point that hikers can reach on this route. Chains and wooden bridges help hikers get through the most difficult parts of the hike.

At Umrlá, they should switch to a blue-marked trail that takes hikers through the Bobrovecká Dolina valley back to the starting point. On the way to Oravice, hikers can go and see a sulphur spring and the Peciská peat bog.

The eight-kilometre-long hike, which is suitable for children as well, can be done in three hours.

Other hiking trails in the Tatra National Park (TANAP) reopen on June 15. 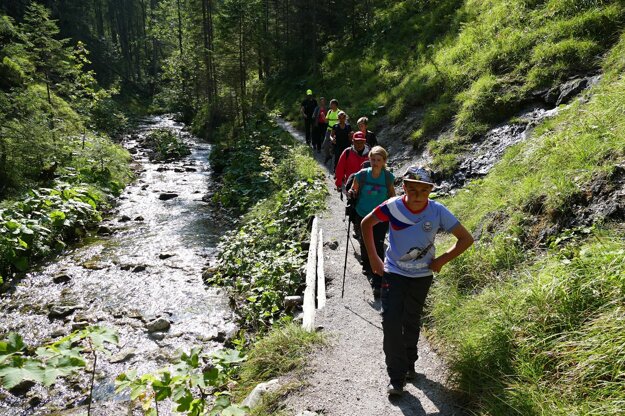 Hikers on a trip to Juráňova Dolina in the Western Tatras. (Source: TASR)

Skiing: The ongoing ski season in the High Tatras will come to an end at the weekend. A ski slope at Lomnické Sedlo in the Tatranská Lomnica ski resort and a ski slope at Solisko in Štrbské Pleso will be open until May 8.

A train that will take visitors to the Muránska Planina National Park to some of its most beautiful spots will be dispatched only four times during the summer. The first ride is scheduled for Saturday, May 7, from Rimavská Sobota.

People will hear stories about the two legendary outlaws Jakub Surovec and Tomáš Greguš, visit the Cog Railway Museum in Tisovec, and see two high viaducts before the train arrives at the picturesque Zbojská saddle.

At Zbojská, visitors can follow the Jakub Surovec Educational Trail, which ends by a look-out tower. Alternatively, they can continue to the Čertova Dolina valley with gorges similar to the ones in the Slovak Paradise National Park. 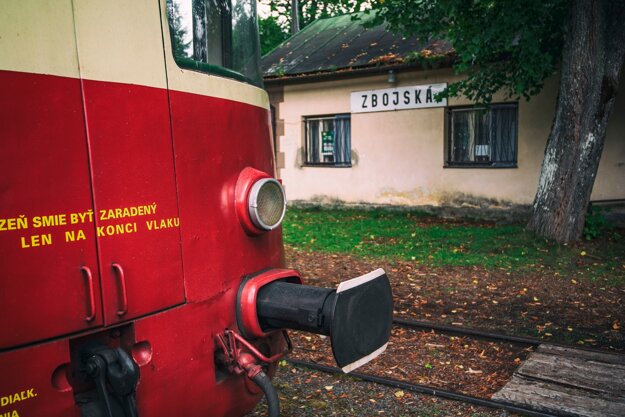 The first "Outlaw Express" ride will be held on May 7, 2022. (Source: Facebook/Región Gemer)

A campsite near the Manínska Tiesňava Nature Reserve in the Trenčín Region, built in the sixties, had been decaying for several decades before it was bought by Michal Hrkota.

Hrkota purchased the site in 2019, and he is gradually transforming it into a place with new huts. In addition to these wooden constructions, campers can find spots for their tents and caravans there. Electricity and chemical toilets, among other things, are at caravan owners’ disposal, the owner said. Guests can borrow e-scooters, e-bikes and bikes, too.

“Ultimately, Covid helped,” Hrkota told the TASR newswire, “people are returning to nature.” Initially, he was worried his relatively new business would not have gone well.

He is starting off a new season this weekend. 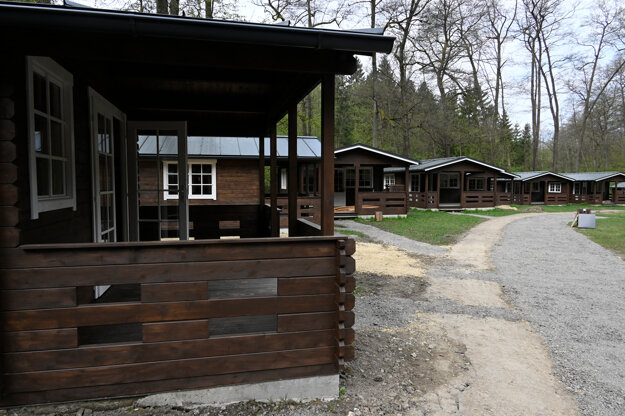 THE LATEST FROM CULTURE AND TRAVEL

“I’ve always liked Slovaks. They tell you everything the way it is.”

“If culture remains, the nation lives.” This is a credo that Meda Mládková, an arts historian, collector and patron, lived by.

Mládková was born in Zákupy, a town in Western Bohemia. After the war ended, she studied in Geneva and since 1984 spent some time living in exile – in Switzerland, France and the USA.

The highly educated, well-informed and tenacious lady played a crucial role in the Czechoslovak visual arts scene, despite living abroad a long time. She died at the age of 102 on May 3, 2022.

From our archive: The premiere of the first Slovak animated feature film, “Zbojník Jurko” by Viktor Kubal, took place in the then Slovan cinema in Bratislava on May 6, 1977.

Film: In his documentary “Torn”, Max Love recounts the story of his father and climber Alex who lost his life in a deadly avalanche on the Tibetan mountain, Shishapangma, in 1999. His partner and mountaineer Conrad Anker survived and then married Alex’s widow, Jennifer, to help her raise three sons. The film won the main prize at Slovakia’s “Hory a Mesto” festival. Some of the films submitted to the festival will be screened at Cinema Lumière in Bratislava from May 11 to 15.

Theatre: Nová Scéna, a theatre in Bratislava, premiered its new musical, “The Bodyguard”, packed with Whitney Houston hits, on May 5. Three shows are scheduled for the weekend. 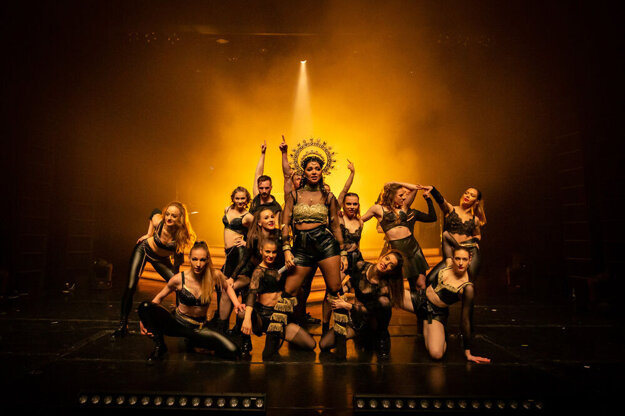 Album: “The Best of Miro Žbirka” (2020) was the best-selling album in Slovakia in 2021, the International Federation of the Phonographic Industry announced. Žbirka passed away at the age of 69 in early November 2021.

Festival: The event known as “Bratislavský Majáles” takes place on May 6 to 7 on the Tyršovo Nábrežie waterfront in the Slovak Capital. Come and enjoy Slovak music, street food and children’s theatre.