What do eggs, ice cream and Ferris wheel have to do with Russia?

Called a Russian wheel in Slovak, the Ferris wheel was invented in America. 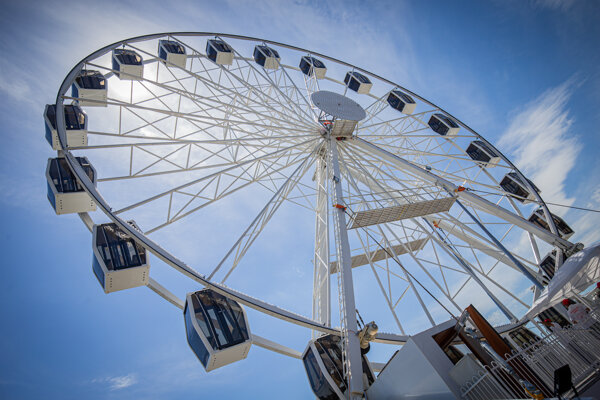 A Russian wheel, as is it known in the Central Europe, in Bratislava. (Source: SME - Marko Erd)
Font size:A-|A+  Comments disabled

In the 19th century, caviar was either fed to pigs or thrown away. Once their shell has dissolved, the small fish eggs taste slightly sweet at first, immediately followed by a bitter taste.

Together with ham, mayonnaise, and hard-boiled sliced egg, cavier eggs are one of the ingredient of a delicacy known as the Russian egg.

After the Russian invasion, Slovak producers renamed the food as a sign of solidarity with Ukraine, and no longer use caviar. However, caviar remains the only clue as to whether the Russian egg had anything to do with the country at all.

"Until the 1876 World's Fair no one ate caviar. At the exhibition the Russian delegation introduced three varieties of caviar, black, red, and pressed. The French dailies called it 'Russian crap'," says historian Vladimír Tomčík who wrote several books on the history of gastronomy. In his opinion, such a connection of the Russian egg with caviar and caviar with Russia might coincide, but at best is an indication, not a proof of Russian origin.

The Sme daily tried to find the origin of names such as the Russian egg, Russian ice cream, or Russian wheel. Factually, their Russian origin is either debatable or absolutely untrue.

The Russian egg was annexed by Czechs. In a relatively popular story, Russians are mentioned in regards to the origin of the food, though not as inventors, but as tasters. They were served the food by Italians. Evidence to the Italian origin is supposed to come from the fact that a salad called "vlašský" was used as an ingredient, and various sources call Italians by such a name.