Matovič-led coalition failed to do what it came for

The justice system, not MPs, will decide Fico’s fate in the end. But for now, he has scored a political victory. 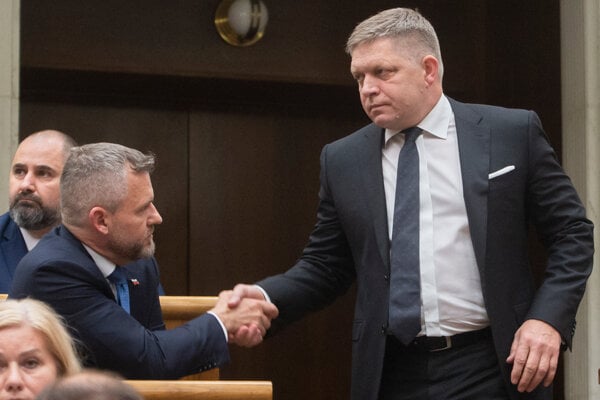 Welcome to your weekly commentary and overview of news from Slovakia. MPs voted not to allow Robert Fico to be arrested on serious criminal charges. The EU plans to embargo Russian oil, but Slovakia insists on a derogation. The Kuciak murder retrial continues. Jill Biden visits Slovakia – and Ukraine.

For two weeks, the attention of a confused nation has been centred around one parliamentary vote.

It wasn’t only the scandalous nature of the prospect of a three-time former prime minister making his way to jail via the Specialised Criminal Court. For supporters of the ruling Ordinary People and Independent Personalities (OĽaNO) party, which won the 2020 election on an anti-corruption ticket, this was a banner issue: a vote to prove that, despite its many shortcomings, the party could mobilise its forces and fulfil its self-proclaimed purpose.

It was not to be. Parliament eventually voted not to allow prosecutors to seek custody for Robert Fico, even though any arrest would still have had to be considered on its merits by the Specialised Criminal Court. Before we go further into the implications of OĽaNO’s failure to pave the way for Fico’s pre-trial custody, let’s briefly examine the implications of the vote for the actual criminal prosecution of the former prime minister.