Slovak politicians marked the 77th anniversary of the end of the Second World War on social media and at cemeteries. 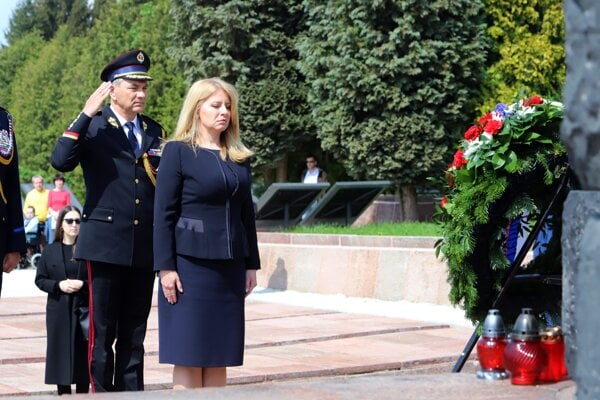 This year, Slovak political leaders marked May 8 – the day when the Second World War ended in Europe with the help of the Soviet Union’s Red Army – amid Russia’s invasion of Ukraine, and a day ahead of Victory Day celebrations in Moscow’s Red Square at which Vladimir Putin sought to gather more support for his invasion.

“On this day we cannot close our eyes to the bitter truth,” President Zuzana Čaputová posted on social media. Russia’s attack on Ukraine, she continued, is “the betrayal of all the fallen who were fighting against actual Nazism”.