Zuzana Števulová from the Human Rights League will take up the job in June. 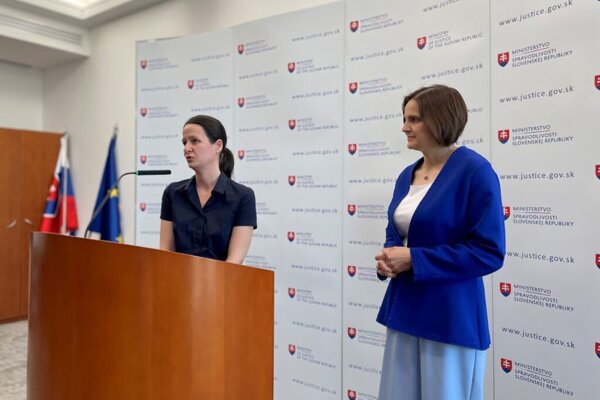 Human Rights League Executive Director Zuzana Števulová has been announced as the new head of the Centre for Legal Aid, an institution that falls under the Justice Ministry.

Justice Minister Mária Kolíková (SaS nom.), who was the centre’s first director after its founding in 2006, said the human rights activist and experienced asylum lawyer would start on June 1.

“For me, the centre is an exceptional project in Slovakia and in the wider European area,” the new head said at a press briefing on May 9. The centre honours everyone’s right to access effective justice, but also the right to equality and human dignity, Števulová added.

After Russia’s invasion of Ukraine, Števulová was in contact with the centre to help launch cooperation in providing legal assistance to Ukrainian refugees. The Human Rights League and the centre established a helpline for refugees, and they assist them at large-capacity refugee centres.

The Centre for Legal Aid provides legal assistance to everyone, including those who could not otherwise afford it. Five years ago, the centre expanded its agenda and started to handle people’s personal bankruptcy and help them escape “a debt trap”. Kolíková said that the centre has helped half a million Slovaks with their bankruptcy.

“I consider the centre to be a very important institution,” the minister said at the press conference, adding that not every EU member state can boast such a legal aid centre.

Closer to communities and minorities

Števulová would like to continue providing legal assistance to refugees within the Centre for Legal Aid but she considers it important to make the centre more visible among the public and lawyers.

“My goal is to also start cooperating with different non-governmental organisations and bring it closer to various communities in Slovakia.”