The world if Zelensky had taken the ride, not ammunition

A quick defeat of Ukraine would have changed the world into its worst possible version. 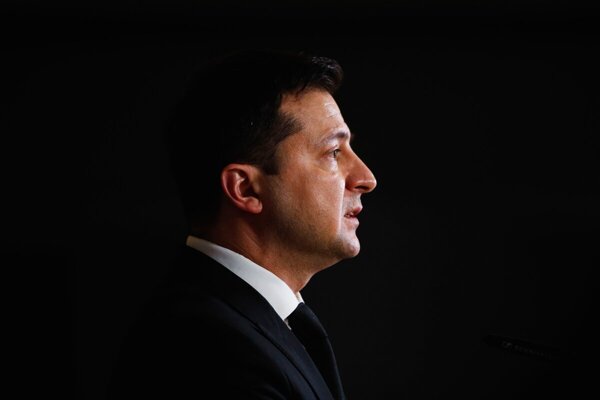 Peter Zmeko is a lawyer. As the leading senior officer of the legislative group of the Air Force Command he has participated in the preparation of international trainings and military legislation.

Never before in the history of conflicts have so many people been saved by one single person. I need ammunition, not a ride is now a legendary phrase that has already made history. But what would have happened if the Ukrainian president opted for the ride?

On the second day of the invasion, the situation was dramatic. Not only the Russians but also western intelligence services expected Kyiv would fall within hours. Drawing comparisons to the escape of the Afghan president is inaccurate, but it can be done with a degree of hyperbole.

From the start, the Kremlin counted on creating chaos and replacing the legitimate Ukrainian government. In all likelihood, the president's departure for exile would have been used to set up a puppet government, probably led by former president Yanukovych, and break Ukrainian morale. A speedy defeat of Ukraine would have changed the world in the worst possible way.

The united reaction of the West as we witness it today would have been but a distant dream. Even if there were isolated areas of resistance, the possibility of effectively supporting them would have been limited. The voices of the "realists" who demand the end of aid to Ukraine and want to seek an agreement with Russia would have been much stronger and there would have been no way to ignore them.

The dissolution of Europe and threat to Taiwan

Kremlin propaganda managed to create a myth of the perfect Russian army that is now collapsing thanks to Ukrainian blood. But a fast Russian victory would have strengthened the myth. Fear and hopelessness would have become an everyday part of European politics, useful for Putin to divide Europe.