Customers and stallholders at the legendary Bratislava marketplace were canvassed for their views ahead of a forthcoming revamp. 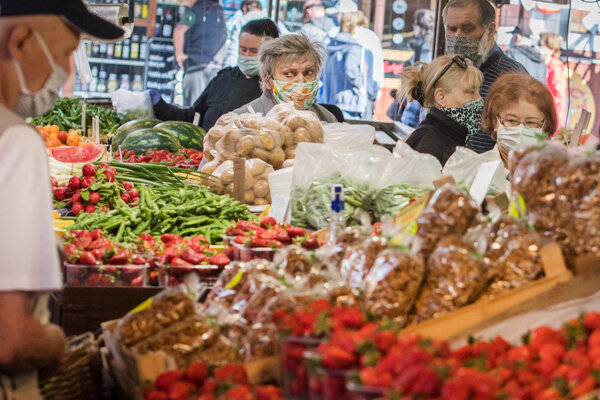 The well-known Bratislava open-air marketplace Trhovisko Miletičová, or just Miletička, is an iconic place for many Bratislavans. They associate it in particular with Saturday morning shopping for fruit and vegetables from local sellers. The revitalisation of this legendary marketplace, which has been in continuous operation for more than 50 years, is planned to take place in the near future. Before that happens, the Bratislava Metropolitan Institute (MIB) has been finding out how people perceive it and what they expect from it.

The MIB survey shows that people regard the biggest problem with the marketplace, which is located in the borough of Ružinov, close to the city centre, as being its unsatisfactory technical condition and hygiene. This long-term downside was identified by the vast majority of market visitors. Due to the lack of basic technical infrastructure, retailers improvise when preparing and selling their products, often resulting in poor hygiene and unsorted waste. Furthermore, the market is arranged in a confusing layout of narrow lanes and passageways which makes it difficult to navigate. The lack of basic infrastructure, including barrier-free public toilets, contributes to the reduced sense of comfort and safety.

“At the same time, we perceive that Bratislavans care about Miletička,” said Milota Sidorová, director of the Urban Studies Section at MIB. “We saw it repeatedly confirmed that the greatest value of Miletička is its atmosphere, which for local customers often trumps the fact that the marketplace is not the cleanest or most beautiful.”

The results of the survey also show that seven out of 10 respondents have been visiting Miletička all their lives and that it is an important place for them. Their greatest interest is in local products (88 percent), but there is also considerable demand for products from international cuisine (58 percent). The most loyal customers are seniors, who are used to buying affordable clothes at the market in addition to fresh produce. 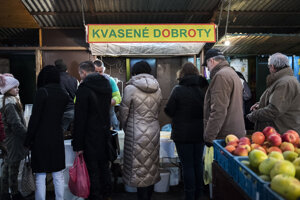 The survey involved 2,500 inhabitants, 43 sellers and nine market experts via questionnaires in Slovak, English and Vietnamese. The report will form part of the brief for an urban-architectural competition to come up with a future design of Miletička, in which the MIB is cooperating with the borough of Ružinov. The study should also show what level of investment the market needs.

At the same time, the MIB is proposing several quick interventions that would improve the marketplace immediately. These include installation of additional benches and bicycle stands, a reduction in visual smog, the creation of conditions for waste sorting, the clarification of navigation boards within the marketplace, and an update of its website.

The history of the Miletičova marketplace dates back to the 1970s when the space then used for the Centrálne Trhovisko (Central Marketplace) was given up for construction of the Istropolis congress centre (which, coincidentally, was recently torn down). It was moved to the premises of a well-known slaughterhouse.

The history of meat processing on Miletičova Street dates back to the end of the 19th century. The slaughterhouse was established in 1924, it consisted of several halls and its architecture echoes similar industrial buildings from that period. A tall chimney has remained the dominant element, giving the marketplace its specific character to this day.