Find the latest travel and culture news in the Spectacular Slovakia Roundup. 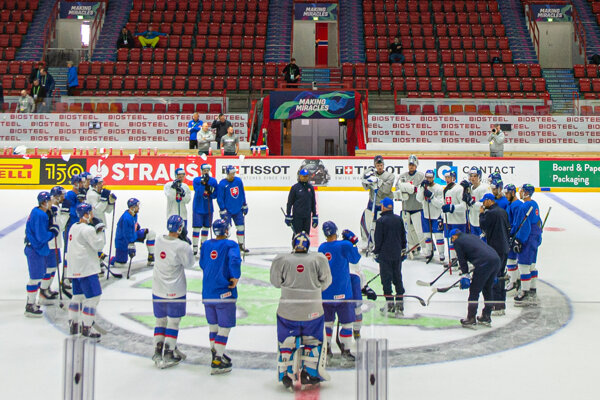 A training session of the Slovak national hockey team before the May 13 match against France on May 12, 2022, in Helsinki, Finland. (Source: Martin Baumann for TASR)
Font size:A-|A+  Comments disabled

All eyes on Finland. The Ice Hockey World Championship begins on May 13 and Slovakia is one of the countries opening the tournament, facing off France.

“We always expect the best and hope for the best. I think if we play our game we can beat anybody,” said the Slovak ice hockey national team’s head coach Craig Ramsay in an interview. 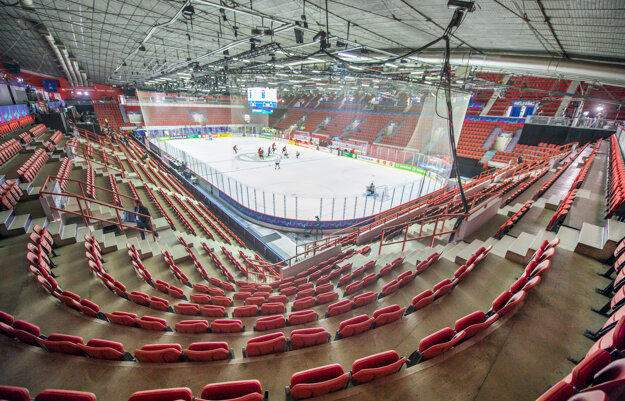 If you do not like ice hockey, there is another major event happening in Europe – the Eurovision Song Contest. Slovakia – no surprise – does not take part. However, the country participates in the Night of Museums and Galleries on Saturday.

Check out other travel and culture news below.

Cycling along the Iron Curtain

Those who would like an idea of what life behind the Iron Curtain was like can take the EuroVelo 13, Iron Curtain Trail, the longest cycling path in Europe. The trail runs along the once impenetrable border between Western and Eastern Europe.

Its Slovak section runs along the Morava and Danube Rivers. In the north, it begins at the point where the three borders of Czechia, Slovakia and Austria meet at the confluence of the rivers Dyje and Morava, goes via Bratislava and then continues to Hungary.

The advantage of the Slovak section is that there is a great network of asphalt pavements once used by the Border Guard in the border zone. So nearly the complete Slovak stretch conveniently avoids roads with traffic. 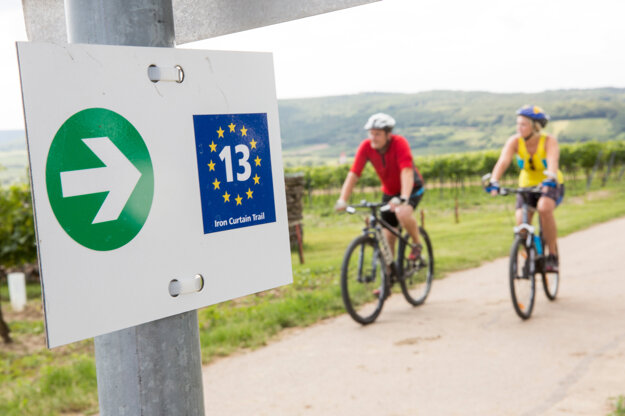 The Iron Curtain Trail EuroVelo 13 is a long-distance cycling route 10,400 km long and connects the Barents and the Black Sea along the line of the former Iron Curtain. (Source: Courtesy of WTG)

Thanks to two bicycle bridges, Freedom Bridge in Bratislava’s borough of Devínská Nová Ves, and the new VysoMarch Bridge near Marchegg in Austria and Vysoká pri Morave in Slovakia, cyclists can cycle from one country to another and visit monuments on both banks of the river.

Explore the sites that cyclists can see on the trip.

After 16 years, an international group of scientists has revealed who was the prince from the 4th century tomb found in eastern Slovakia. 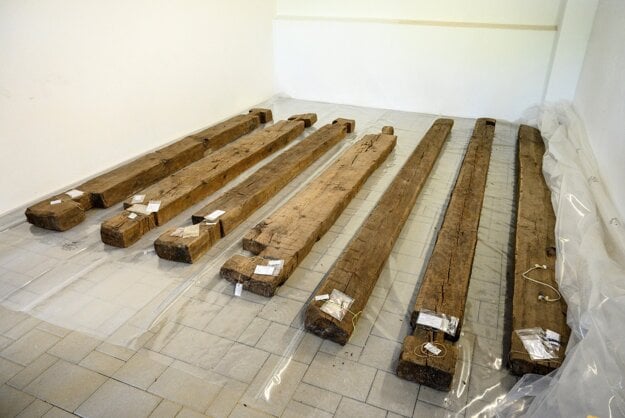 Two lorries brought parts of the Poprad tomb from the 4th century to Nitra on May 9, 2022. (Source: Henrich Mišovič for TASR)

The tomb returned to Slovakia from Germany earlier in the week.

The prince was a young man, 18 to 20 years old, who was 177 cm tall. He was a member of the highest social class. “Following the examination of the preserved third of bones, we found no physical damage to his body,” said Karol Pieta, who is archaeologist at the Slovak Academy of Sciences. The prince suffered from hepatitis B, which caused his death, he added.

Experts found that objects discovered in the tomb indicate the world was already globalised at the time of the Migration Period. For example, a rare red dye on the unearthed textiles is obtained from beetles that live in the Mediterranean, while some tapestries and leather items came from Asia.

Analyses of insects found in the tomb revealed when the tomb was robbed. 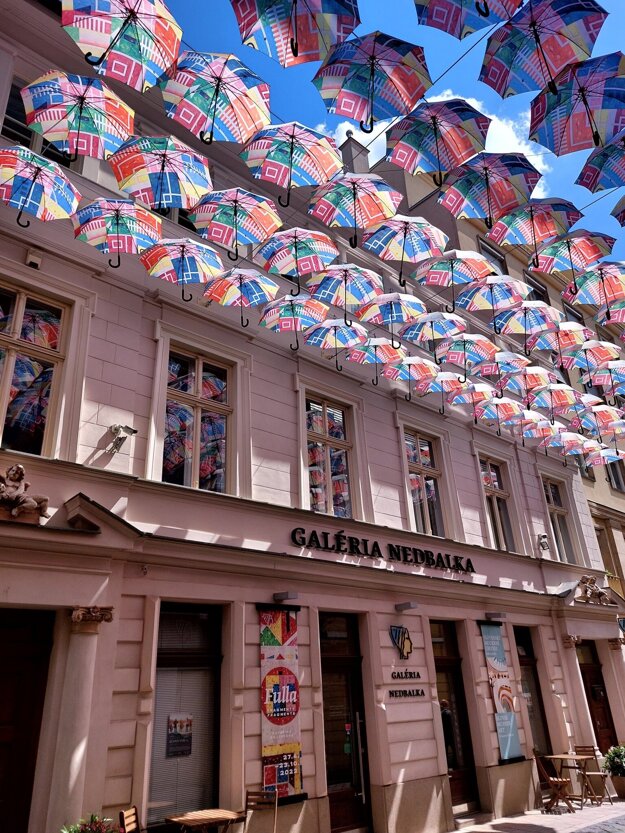 The Nedbalka Gallery in Bratislava opened its Umbrella Street for the fifth time. This year's inspiration comes from the 1965 "Composition" artwork by Ľudovít Fulla. (Source: Nedbalka Gallery)

They have decided to rent out vacant municipal vineyards. The capital owns and manages approximately 15.5 hectares of vineyards, of which eight hectares do not have a tenant for now, with a significant proportion neglected.

Currently, the city has promulgated three more tenders with the deadline expiring in early June 2022.

Event: The Night of Museums and Galleries will take place across the country on May 14. See our picks for this year.

TV: Europe will find out who will be crowned the next Eurovision winner on May 14 when the Grand Final takes place in Italy. Watch the first and the second semi-final rounds. 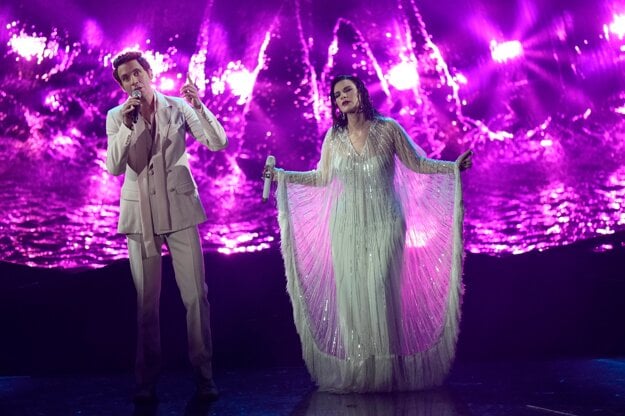 Slovakia is home to a new mineral

Around 100 new minerals are identified every year around the world, many of them from microscopic samples. For some time, Slovakia has trailed behind the rest of the world in this pursuit. However, that is slowly beginning to change. In just the last five years Slovak scientists have discovered and described five new minerals.

The last mineral to be found has been named argentopolybasite. At the beginning of April 2022, the Commission on New Minerals, Nomenclature and Classification of the International Mineralogical Association unanimously approved it.

To date, 25 minerals have been found in Slovakia, many of which were discovered in the 19th century, when the country was part of the Austro-Hungarian Empire. But after the recent flurry, there is the prospect of more to come. 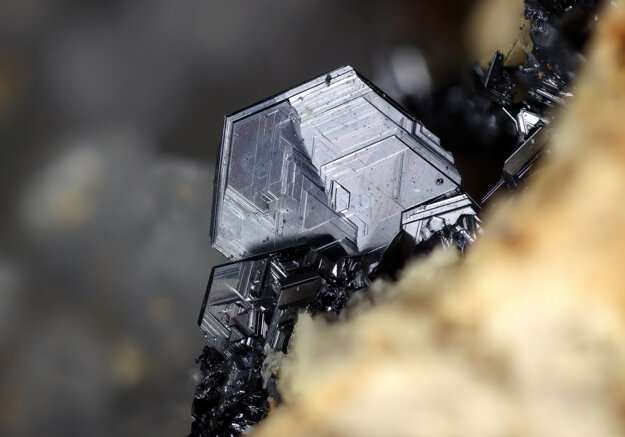 The latest new mineral is of particular interest to geologists and mineralogists, as its structure and composition greatly improves our understanding of the mineral group it belongs to.