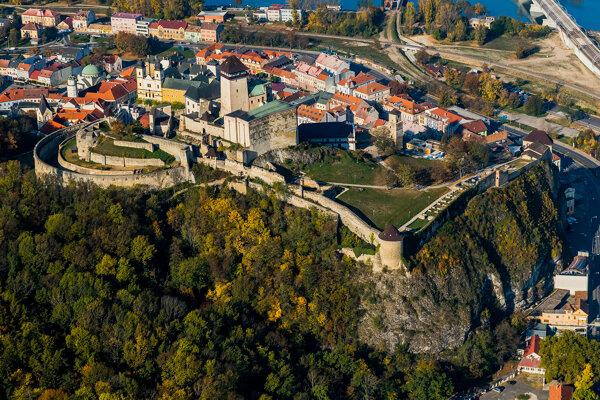 In the transparency ranking for eight self-governing regions, published by Transparency International Slovakia (TIS) on May 16, Trenčín (TSK) obtained 80 percent. Of all the eight regions, up to seven have improved in the last two years, with a slight deterioration observed in the Trnava Region (TTSK).

The regions of Košice (KSK), Banská Bystrica (BBSK) and Prešov (PSK), which were managed by new chairs since 2017, have made the biggest step forward in the past five years. Compared to 2020, the Bratislava Region (BSK) improved its position by up to three places. 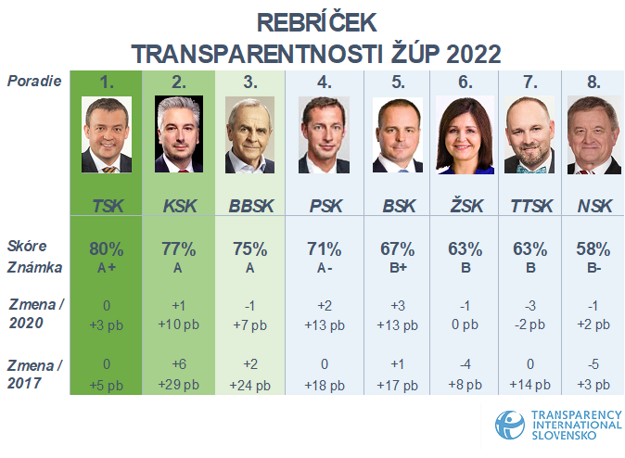 Transparency of eight Slovak regions in 2022 according to Transparency International Slovakia. (Source: TIS)

Conversely, the Nitra Region (NSK), chaired by Milan Belica, the longest-serving governor, did the least for more transparency and came eighth with a score of 58 percent, the organisation said.

The Nitra Region does not publish any information about the sale and lease of property. However, other regions but three lag behind in this regard as well. Nitra is the only region that does not make video-recorded council sessions public. It publishes audio recordings, though. “We also looked at the region’s newspaper whose quality is the lowest,” said TIS director Michal Piško. He explained that the paper painted to a large extent the positive image of Belica for public money.

Regions achieved the highest score on average in the areas like social services, access to information and transport. Nevertheless, improvements in transparency are needed in the sale of property, ethics and conflict of interest, and subsidies and grants, according to the organisation. 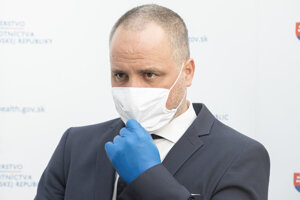 The average transparency score of Slovak regions increased, this time by 6 percentage points to the highest value of 69 percent so far. In 2020, when the last ranking was put out, it was 63 percent.

“In terms of public control, regions are clearly ahead of the 100 largest Slovak towns, whose transparency in 2018 reached 57 percent,” Ľuboš Kostelanský of TIS said. The new transparency ranking of towns will be published in the autumn.