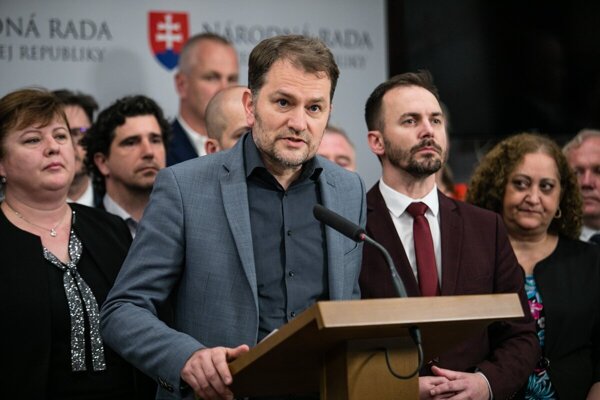 The picture of a happy family reads "two hundred euro a month per child". Ruling party OĽaNO and its leader Igor Matovič are promoting help to families on social networks as if it was a done deal.

Even though Finance Minister Matovič took another week to persuade coalition partner SaS to support his social package before it is submitted to the cabinet session on Wednesday, the conflict has only peaked.

Matovič did not rule out proposing a tax hike for about a hundred companies that should cover the costs for part of his package, despite an SaS veto. He said he was still going to talk to other coalition partners, which violates the coalition agreement; every coalition member can veto the proposals of others so that there is no further discussion regarding the proposal.

He is also planning a special tax for the Slovnaft refinery, which he expects to bring an additional €300 million to state coffers.

Matovič refused to agree with SaS as early as Monday before the coalition council session. He said that SaS only "spat coarse lies at him".

The other two coalition partners, Za Ľudí and Sme Rodina, have their reservations about Matovič's proposals as well.