Absolute prices of flats may hit the limit of what people can afford. 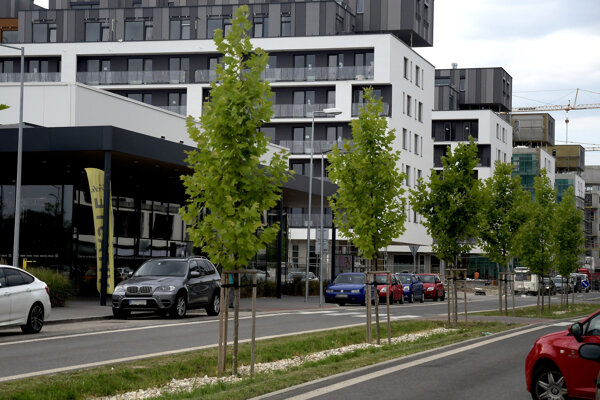 “Low interest rates and low unemployment have helped make housing accessible to a large number of people, although prices have risen at the highest rate since 2008,” Júlia Vinczeová from the real estate services and consultancy agency JLL Slovakia told The Slovak Spectator.

Rudolf Bruchánik, analyst with the Bencont development company, specified that prices of new flats in Bratislava went up between 10-40 percent year-on-year regardless of the locality or the phase of construction.

“Most flats in active projects are sold out and sellers rather increase the prices of so-far unsold flats than sell them too fast [for a lower price],” Bruchánik wrote in his memo, adding that the growth of prices of building materials and works, fuelled by the pandemic and the war in Ukraine, as well as construction plots are also behind the rising prices of residential real estate.

During the pandemic, a large number of companies switched to the regime of working from home, some of which continue this trend even after anti-pandemic measures were dropped. The hybrid model combining work in an office with remote work is becoming common, making satellites areas around Bratislava more attractive. This has, however, led to a decline of the rental market. It revived only after citizens of Ukraine began to flee their home country when it was invaded by Russia, Vinczeová noted.

Based on data of the National Bank of Slovakia (NBS), the country’s central bank, bid prices of residential real estates soared by 22.1 percent year on year during the final quarter of 2021 when growth dynamics accelerated in the Prešov and Bratislava regions the most. The average price of residential real estate increased to €2,262 per m2 in the last quarter of 2021.

The central bank ascribes the high increase in prices to the drop in supply during the Covid-19 pandemic.

“In 2020, we witnessed a decline in the number of new flats under construction,” NBS analyst Roman Vrbovský wrote in his memo, adding that since then the situation has improved. Also, the new construction legislation that will come into effect in 2024 will help the situation, but it will take some time until the effects are seen.