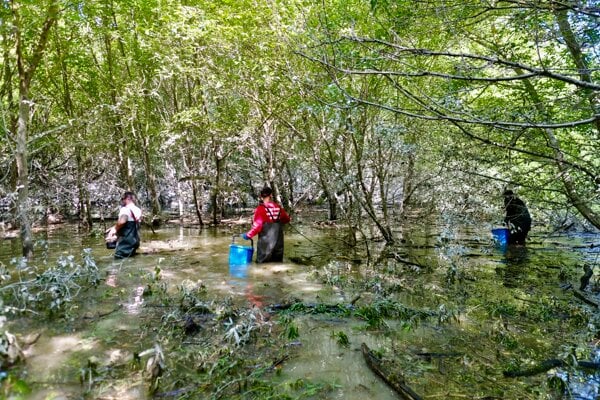 Bratislava is preparing for its annual fight against mosquitos. It began monitoring mosquito hatcheries as early as March; when an active hatchery is discovered, the city intervenes with a biocide called Bacillus thuringiensis israelensis (BTI). This kills mosquito larvae but is considered non-toxic for most aquatic organisms. This year, the city stands ready to deploy drones in the event of what it calls a "mosquito calamity".

“Since March, our experts and volunteers have carried out more than 1,500 monitorings of hatcheries throughout Bratislava,” said Deputy Mayor Tatiana Kratochvílová, as quoted by the TASR newswire. “Depending on the location and extent of the hatcheries, we are ready to use back-mounted sprayers as well as drones.”

Marek Ziegler, the city’s mosquito control coordinator, added that the interventions were also carried out by employees of the municipal company Komunálny Podnik Bratislava. This year, as in previous years, about 200 trained volunteers will help the city to monitor more than a thousand hatcheries in and around Bratislava in order to apply BTI as quickly as possible, where needed.

The city’s representatives stressed that the aim of the interventions is not to eliminate the entire mosquito population, but to minimise "calamitous" hatching which might lead to large numbers of insects. They warned that they could not intervene in every place where mosquitoes can hatch.

“These are sites with the fifth degree of protection, where BTI cannot be applied; private gardens are also out of our reach,” the city warned.

The city is therefore calling on gardeners to close any barrels that contain water, and to drain any water that has accumulated in pots or other open containers, as these can all potentially host hatcheries.

Bratislava began to use BTI to fight mosquitos in 2019. That year, however, the city intervened with the biocide too late. To avoid this mistake and subsequent criticism, the city launched preparations for mosquito season in winter last year. As of March 1, the city’s senior biologist started monitoring mosquito hatcheries. The following month the city recruited dozens of volunteers to count mosquito larvae in suspect areas. Based on the number found, the city then decided on the application of BTI.