A museum hidden in an attic

One of the exhibits is a muzzle for cows. 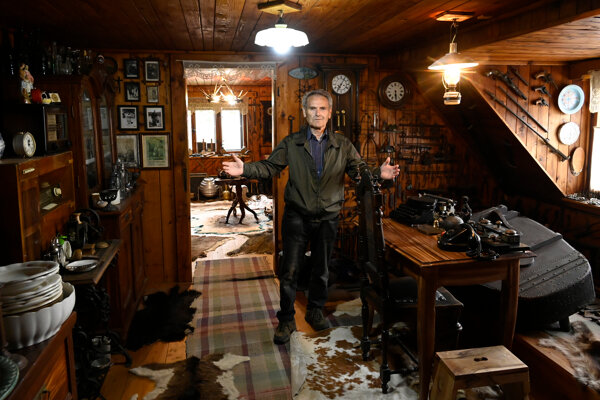 Many people collect things and their attic is full of clutter but not everyone can say they have a museum in own house.

There is such a private museum in a borough of Považská Bystrica, Považská Teplá, a town located in north-west Slovakia. Its beginning dates back to the 1960s.

The father of current museum owner Ladislav Janech wanted to keep memories of traditional crafts. The son of the founder of the museum became absorbed with the idea after he started to collect coins. Later, he became a member of the Archaeological Society of Jozef Moravčík in Banská Bystrica.

After 55 years of existence, the museum hides more than 10,000 of exhibits. The oldest exhibits from the surrounding excavations prove that this area had been settled already in Neolithic times.

"Proof of this are the flint blades, fragments and stone axes that we find in the surrounding fields,” Janech said, as quoted by the TASR newswire. “According to the findings of white flint, the oldest settlement in Považská Teplá already existed in the Neolithic era about 4000 years before Christ.”

According to Janech, the exhibits also include some objects whose purpose of use most visitors cannot identify. One rarity is a muzzle for cows.

"Visitors will say without hesitation that it is a cover for the ceiling light, but it is really a muzzle for cows,” Janech explained. “The muzzle was given to cows during potato cutting so that they would not eat potato leaves.” 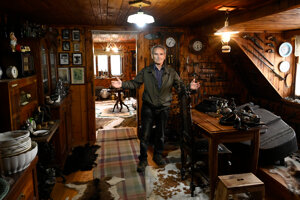 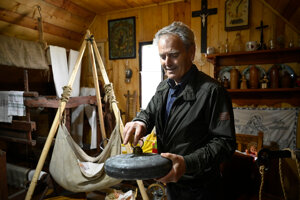 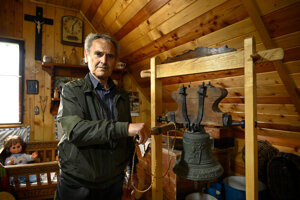 The rarest exhibit of the museum is considered by its owner to be a small bell cast in 1745.

“The village of Domaniža had it made for the village of Kardošova Vieska. It was consecrated to St. Nicholas,” Janech noted. “When they built a new chapel, they wanted to connect the bell to electricity. They changed the direction of the beat, the bell began to crack, and the clapper fell apart. The chapel administrator told me to take it to the museum. I repaired it and today I exhibit it not only in the museum, but also at various events, whether in our village or in Považská Bystrica.”

Visitors from all over the world

For more than five decades, the museum has been visited by thousands of people not only from Slovakia, but practically from all over the world. In addition to visitors from all over Europe, the guest book also includes guests from Canada, the US, Peru, Bolivia, South Africa, Namibia, Israel, Syria, Japan, Kyrgyzstan and other countries around the world.