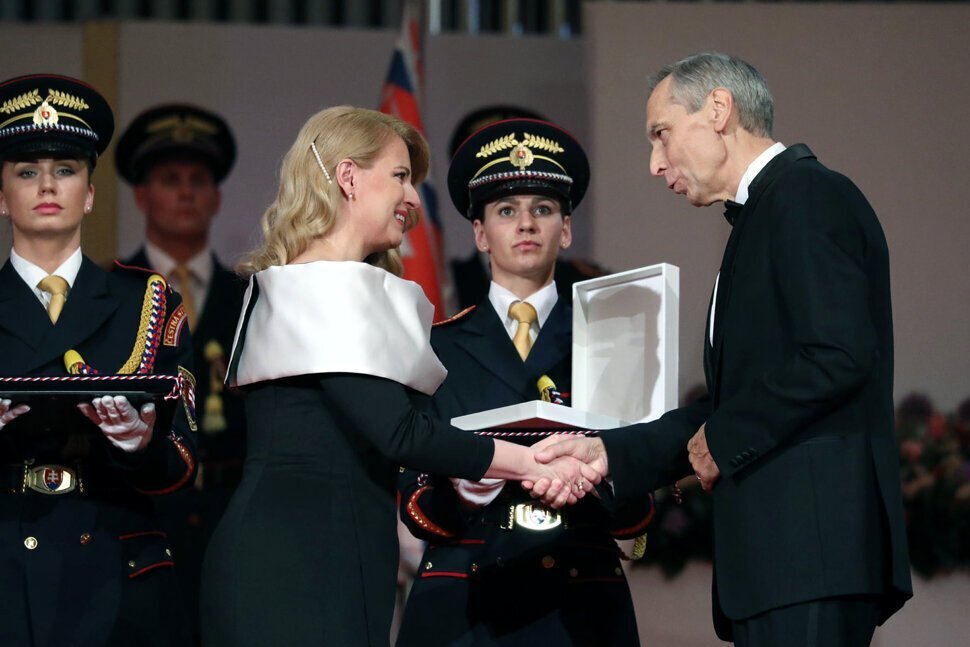 President Zuzana Čaputová bestowed state awards on three men in memoriam, only to apologise for doing so a few days later.

"There has been a mistake in the evaluation process. State awards should be bestowed on people whose stories must not leave any doubts on whether they served democracy," the office of the president wrote on May 18, with a pledge that the president would do her utmost not to repeat the controversy again.

The current controversy arose around the granting of the Order of Ľudovít Štúr 1st class in memoriam to Albert Púčik, Anton Tunega and Eduard Tesár, during the state awards ceremony on May 8. They were awarded "for exceptional contribution to democracy and its development, and for advancing human rights and freedoms". The three men were sentenced to death in totalitarian Czechoslovakia in 1951. They were found guilty of espionage.

Before that, however, Púčik, Tunega and Tesár were supporters of the wartime Nazi-allied Slovak state. All three attended the Higher Leadership School of the Hlinka Guards, a local paramilitary organisation. During the Slovak National Uprising, a popular uprising against the fascist regime in Slovakia in 1944, Púčik and Tunega worked on uncovering the insurgents and betrayed them to the Nazis and to the Gestapo.